As 2016 wound its way into 2017, there were parties aplenty. But many people also seemed to hunker down just trying to keep warm. Those of you who are into the cold – more power to you. Some of us, though, cannot abide it and do everything we can, short of moving to a tropical clime, to avoid it! 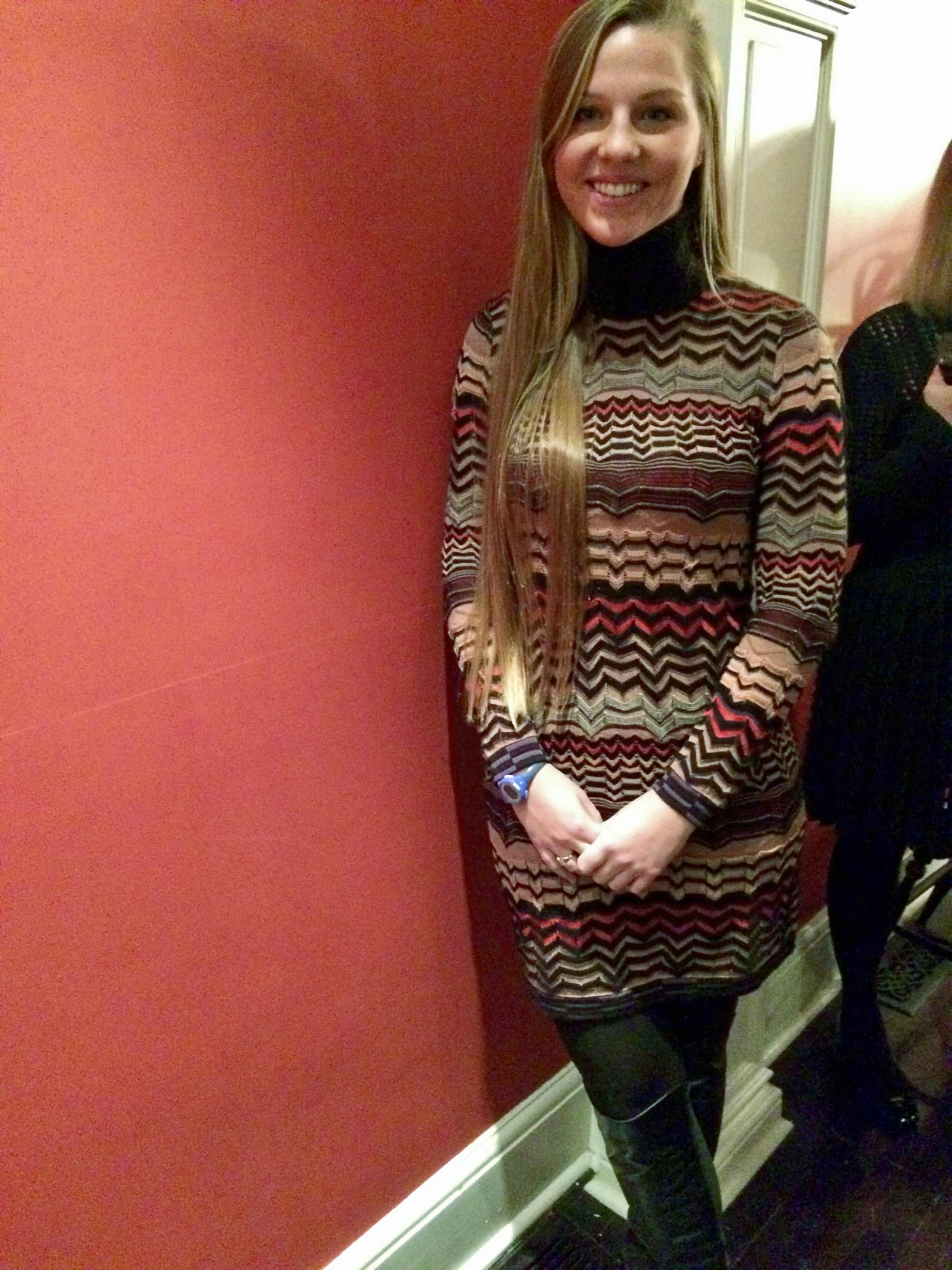 Annie Riley, 21, is a junior at Cornell University, so she’s certainly had to get used to the cold up there in blustery Ithaca. When she came back home to Guilford on winter break and attended a neighborhood party, she paired a classic striped sweater dress by Missoni with black riding boots. Those kept her toasty. 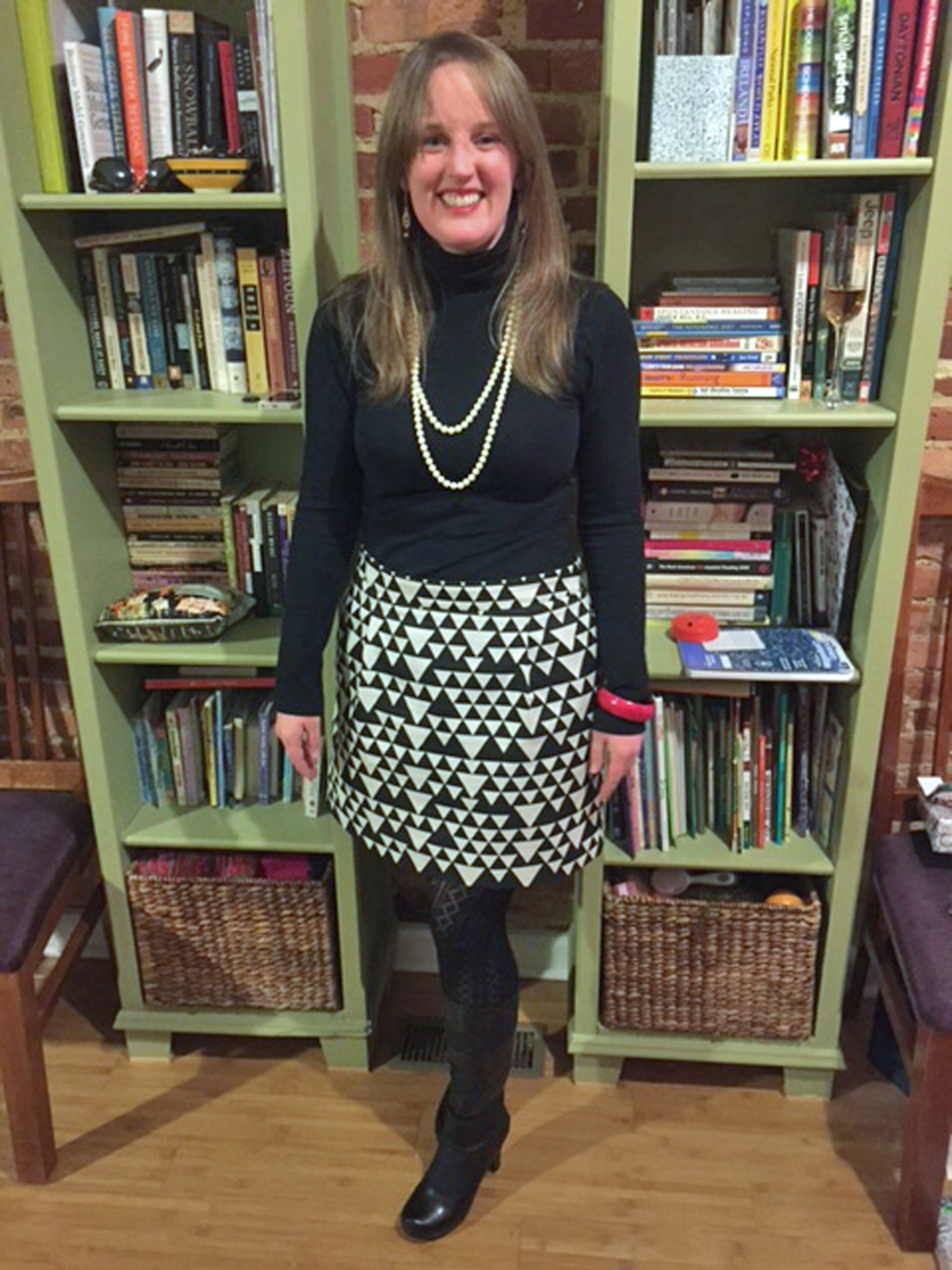 Charles Village resident Hannah Rowley hosted a big bash over the holidays and opted not for green or red or anything sparkly, but a crisp graphic punch of black and white. The skirt is by J. Crew Factory. 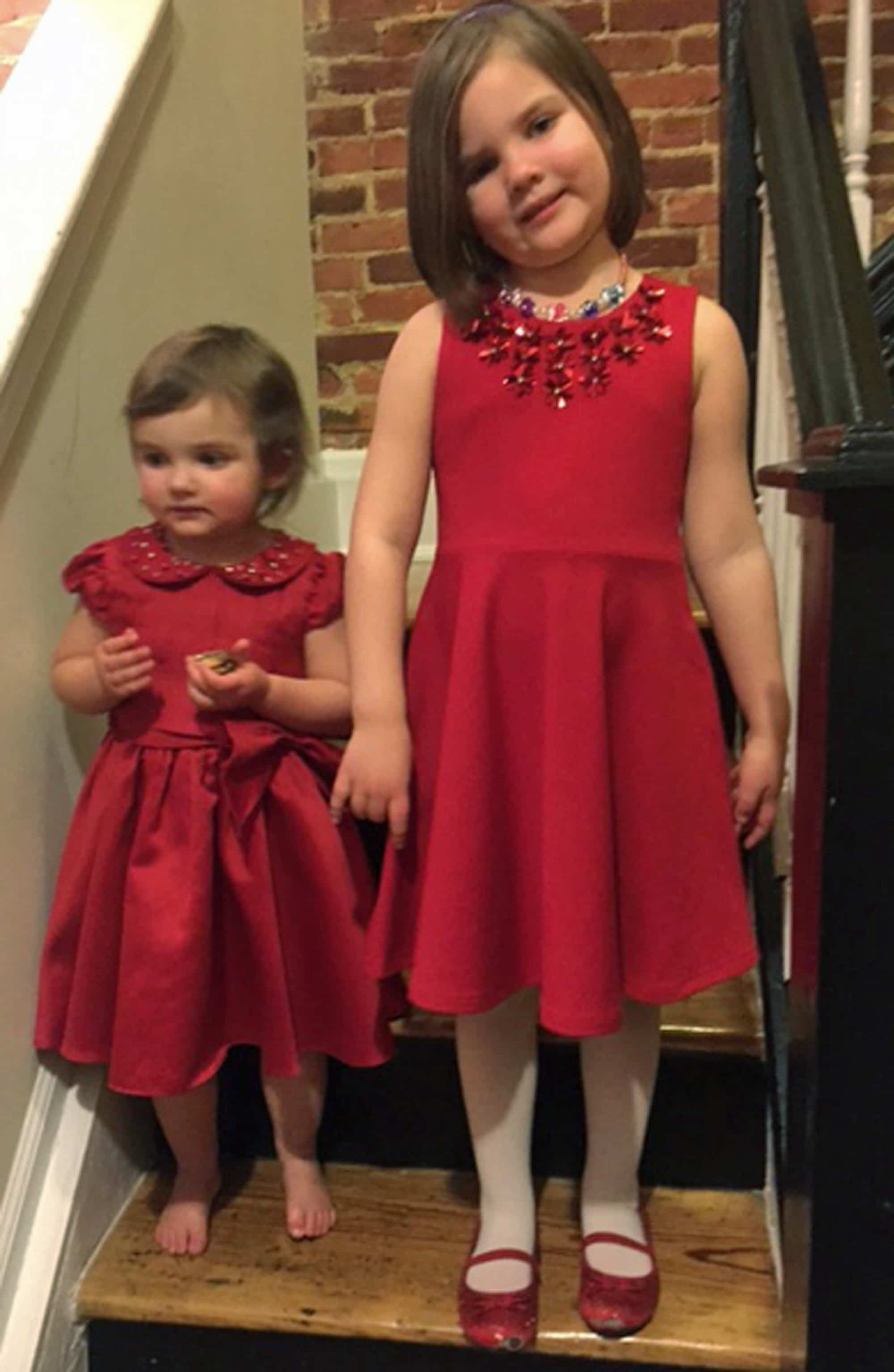 Rowley’s daughters, however, were all about the sparkles. Five-year-old Nina and two-year-old Phoebe were both decked out in bright red . . . 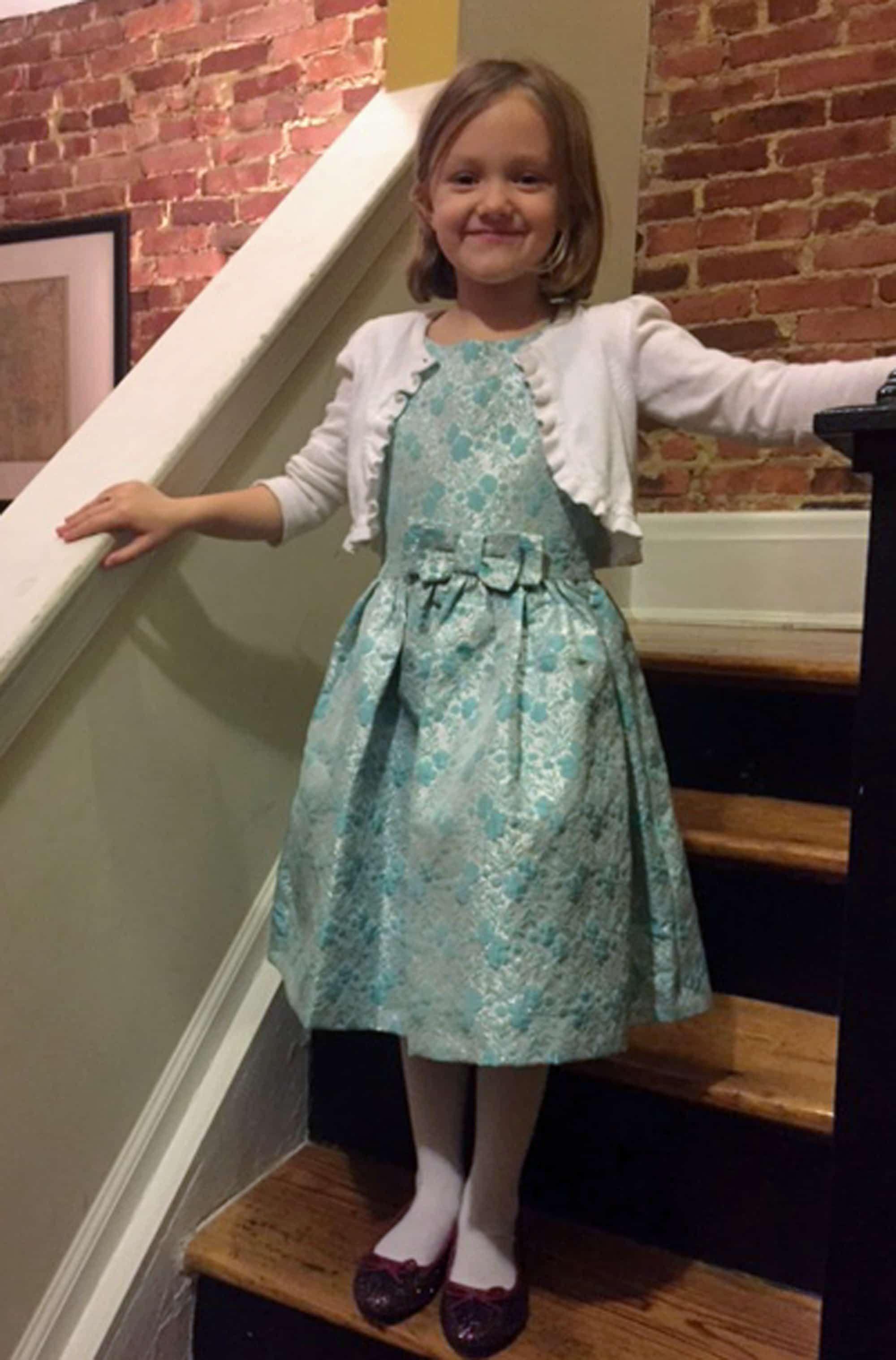 . . . while their friend Georgia was a little princess in an ensemble by Gap and Gymboree.

Looking atypically serious, because she’s usually a smiling chatterbox, is 14-year-old Samantha Ankrom-Chickering. Perhaps her somber mien is due to her reverence for history, as exemplified by this deep amber dress from the 1940s that belonged to her grandmother. Sure, it’s too big for her now, but she’ll soon grow into it. 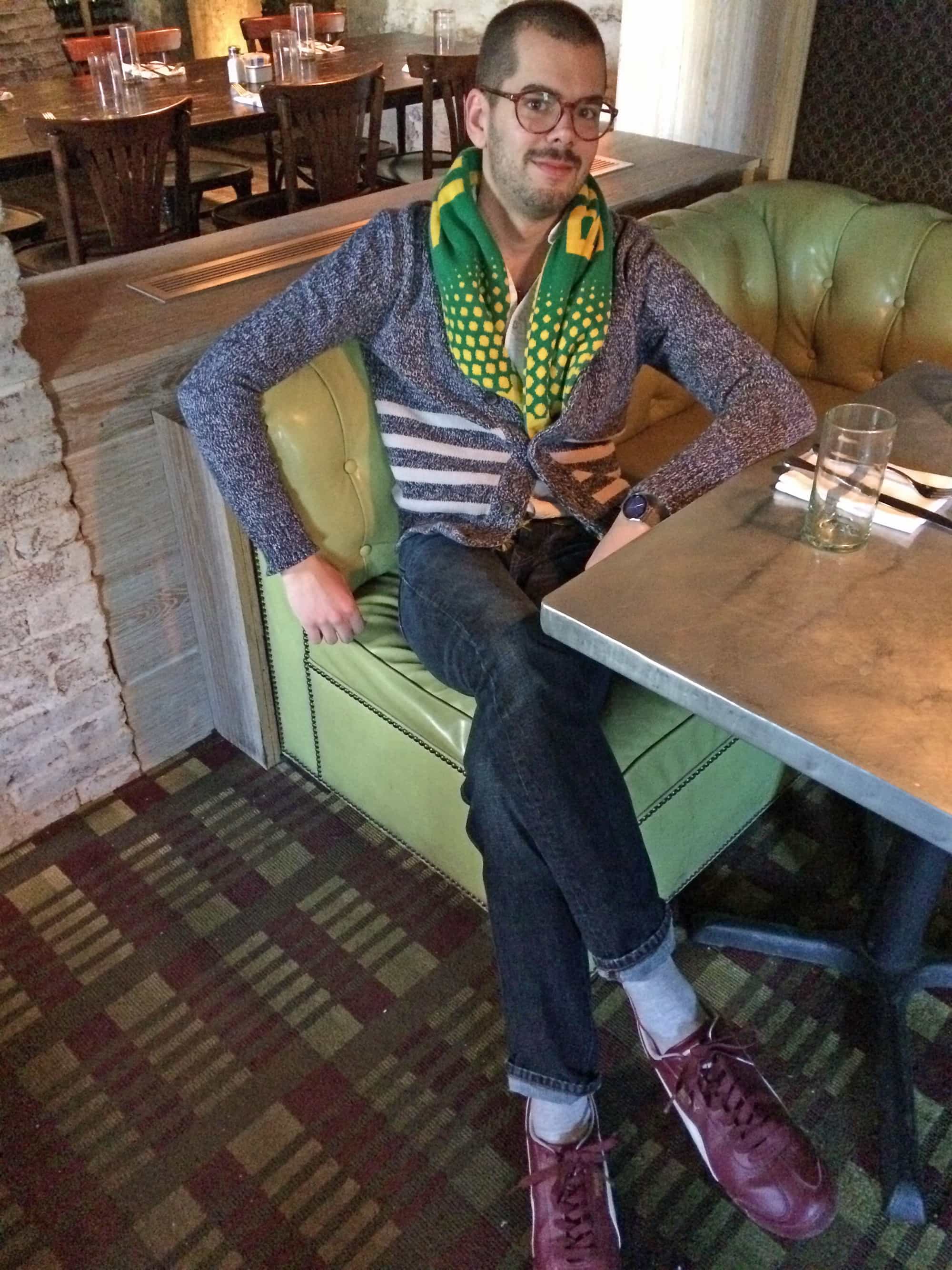 I spotted Ryan Nicotra, Developoment Director at Single Carrot Theatre, during brunch at Johnny’s in Roland Park. He was relaxed yet elegant, giving off a kind of ‘50s artist-plus-preppy vibe. 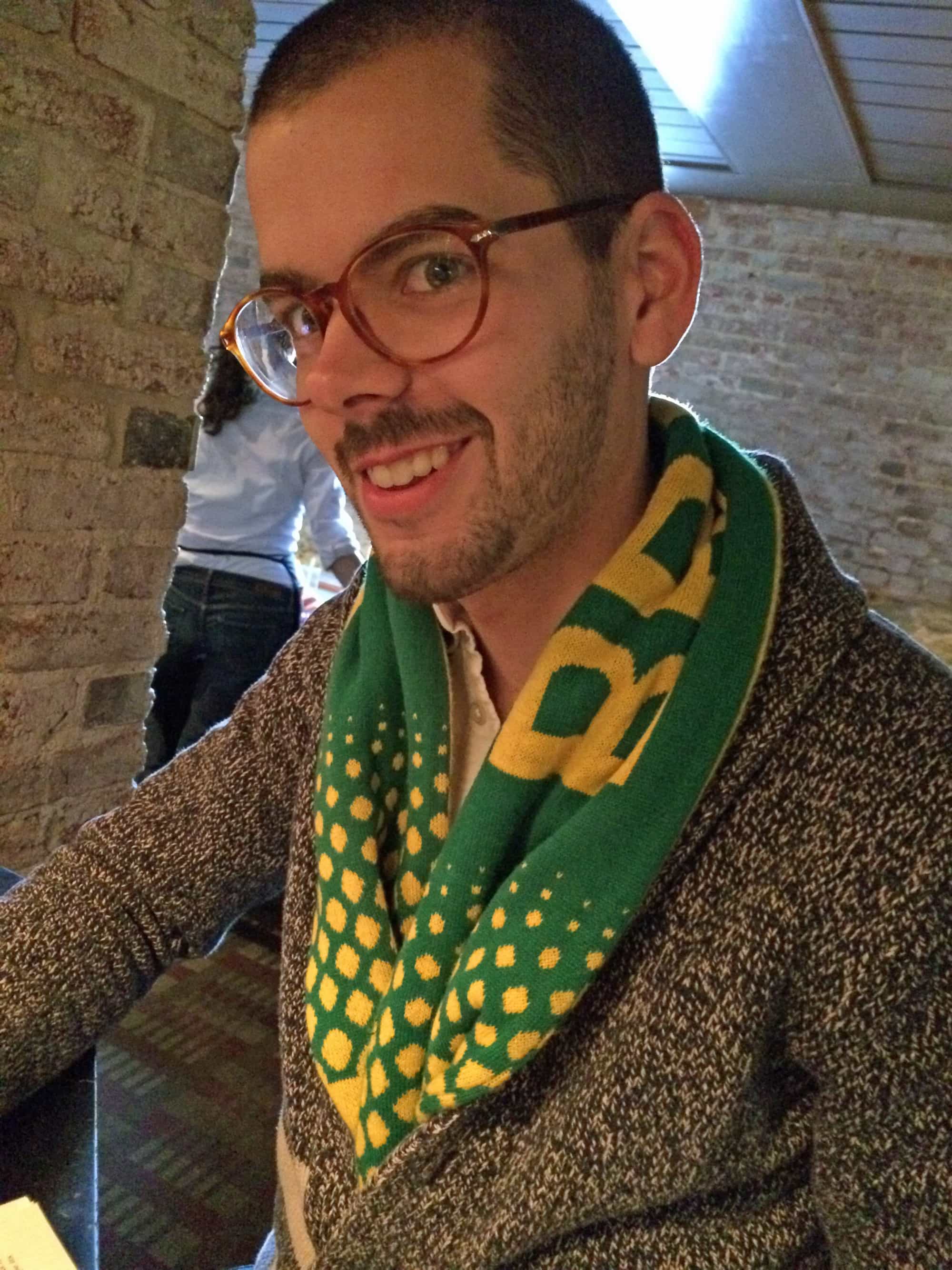 Upon closer inspection, I saw that his scarf bore the colors of the Brazilian flag – green and yellow – and paid homage to that country’s favorite sport: soccer. 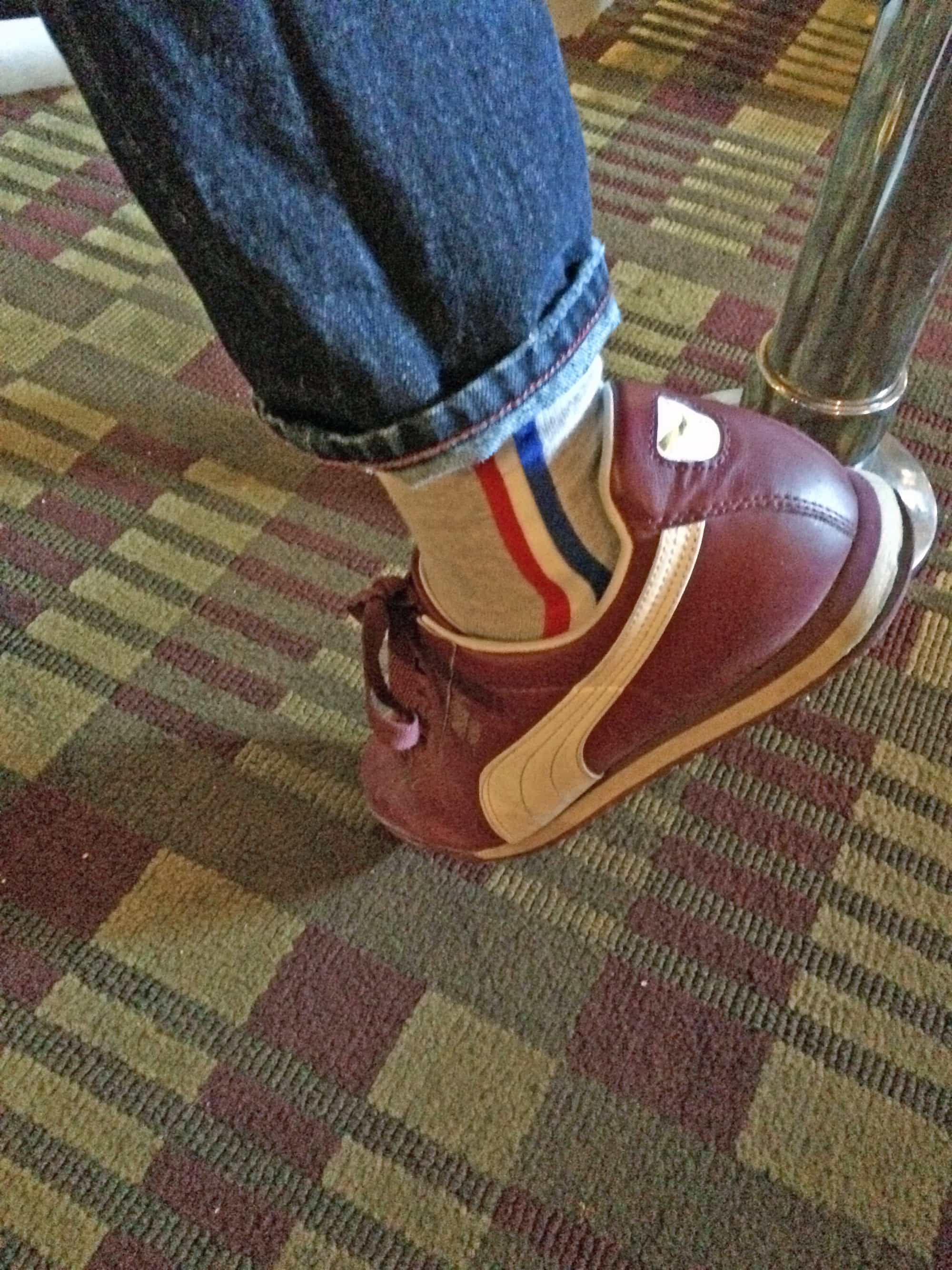 Ryan pays attention to detail, from his socks and shoes . . . 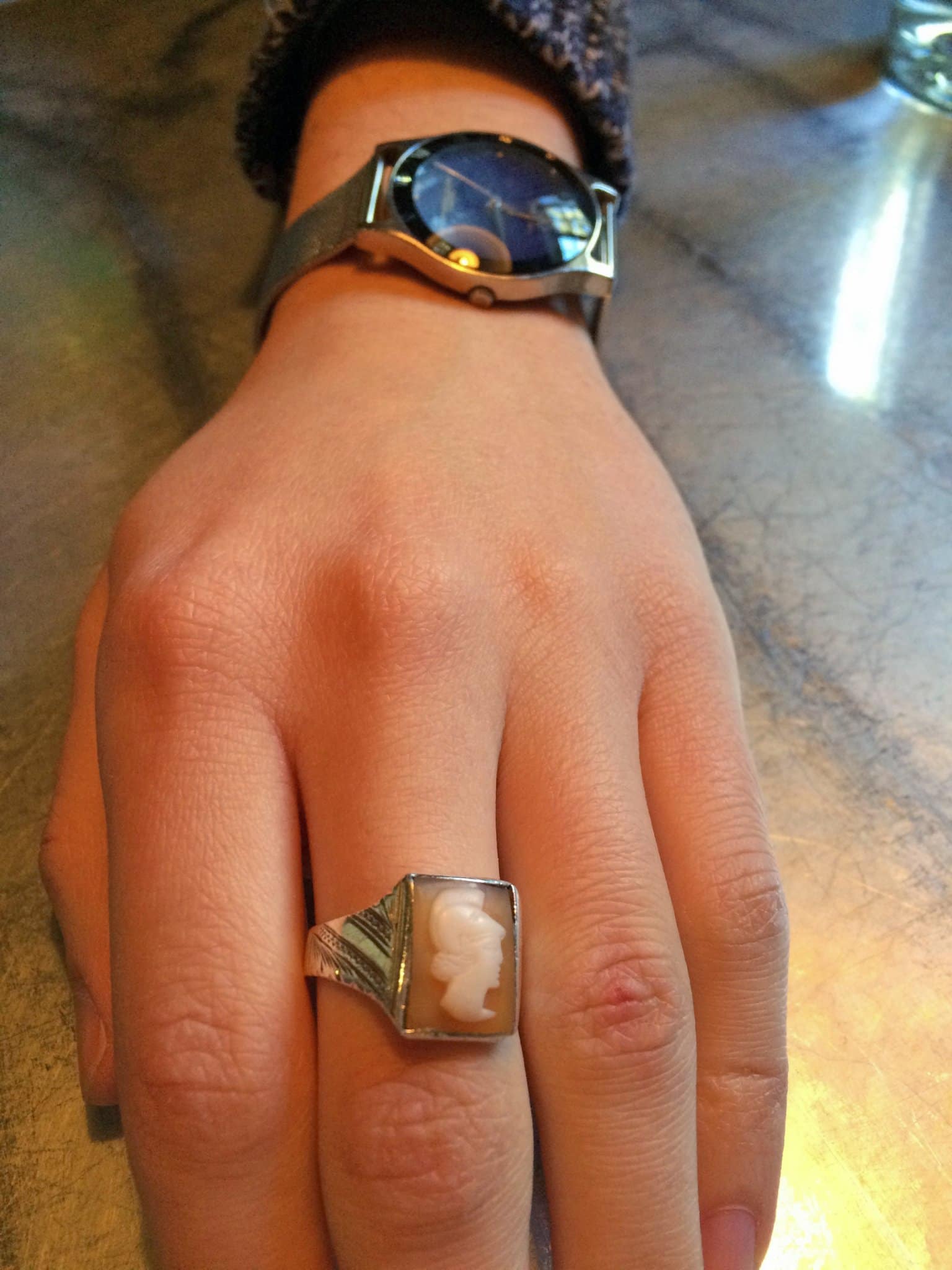 . . . to the cameo ring and mood watch (yes, apparently it changes color just like the mood rings of yesteryear!).