As a guest at a recent media tasting dinner with some fellow foodies-about-town, I sampled some new dishes on the menu at the popular Station North spot, Tapas Teatro. I was particularly drawn to their new menu of summer signature Gin & Tonics. I tried sips of several—all of them featuring summery citrus-infused flavors. All were refreshing, all perfect for seasonal sipping 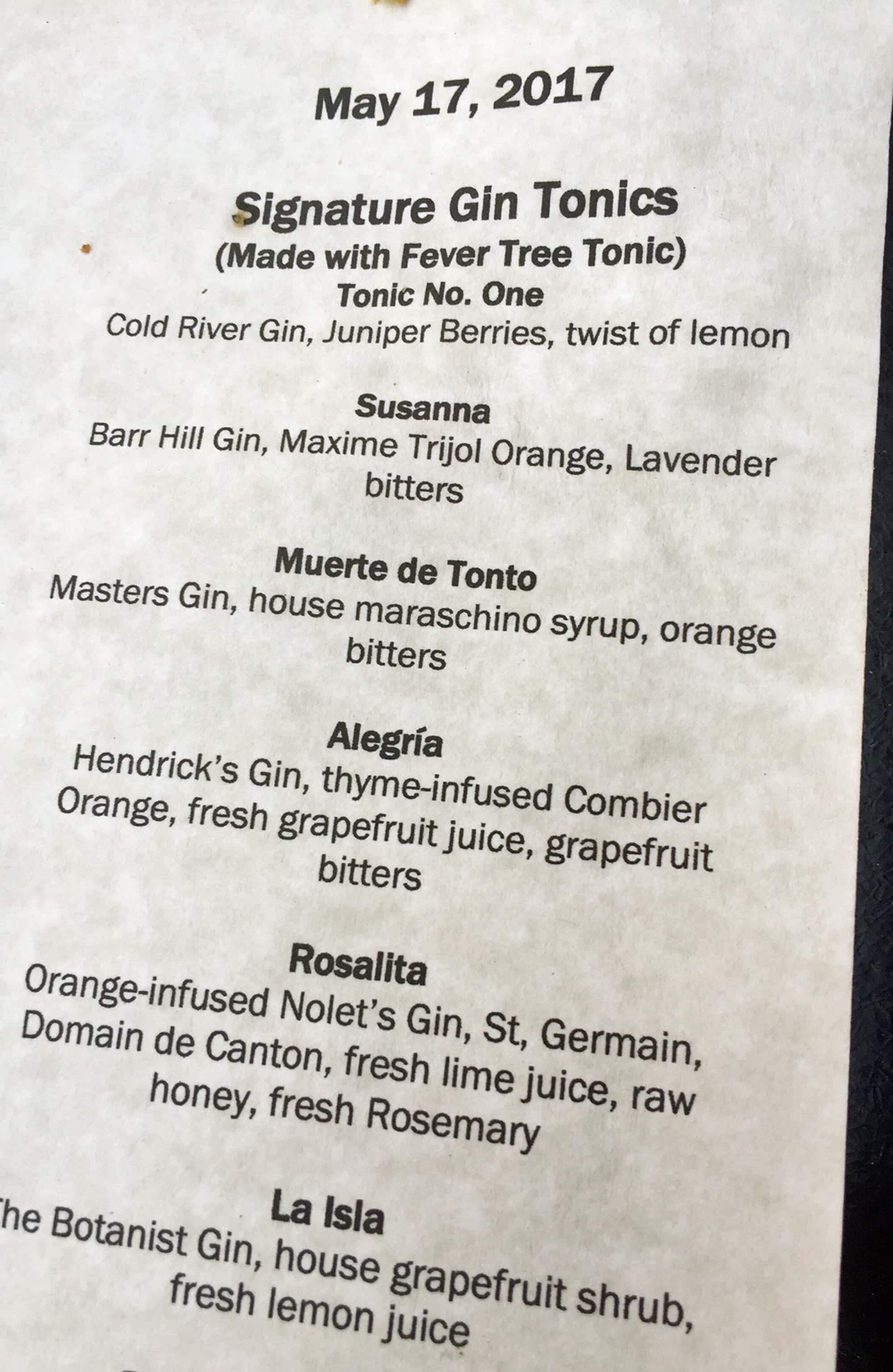 The next time you’re in the neighborhood attending a gallery opening or catching a flick at The Charles or at the brand-new Parkway Theatre, stop in and try one (or two). {1711 N. Charles Street, Station North}

Speaking of the Parkway, this historic theater at the corner of North Avenue and Charles Street, which stood empty and abandoned for some 30 years, has recently re-opened after a full restoration.

The renovation incorporates the building next door as well, which allows for an additional lobby seating area and offices above.

The restoration also allowed for revealing some of the history of the theater—in some areas, layers of old paint have been left exposed, to show the patina of years past. Now the permanent home of the Maryland Film Festival, the theater hosts the annual film fest, as well as screening films year-round—mostly classics and revivals.

Those who know me know that my go-to cocktail in the cold weather months is a bourbon- or rye-based Manhattan, and that once the temperatures begin to rise, I switch my allegiance to a stylish, classic vodka-based martini (shaken, with vermouth, up, with olives). One of my favorite renditions is prepared at Mount Vernon mainstay The Brewer’s Art. Meeting some friends there recently in the beautiful main barroom, my order inspired everyone in the group to replicate my order, and they all were, I must say, equally satisfied. {The Brewer’s Art, 1106 N. Charles Street, Mount Vernon}

Pork schnitzel is an old-school dish rarely seen on modern menus. The Food Market in Hampden used to put it on their menu occasionally, but don’t seem to much these days. So, we were pleasantly surprised to see it crop up as a special on the menu at Dylan’s Oyster Cellar. 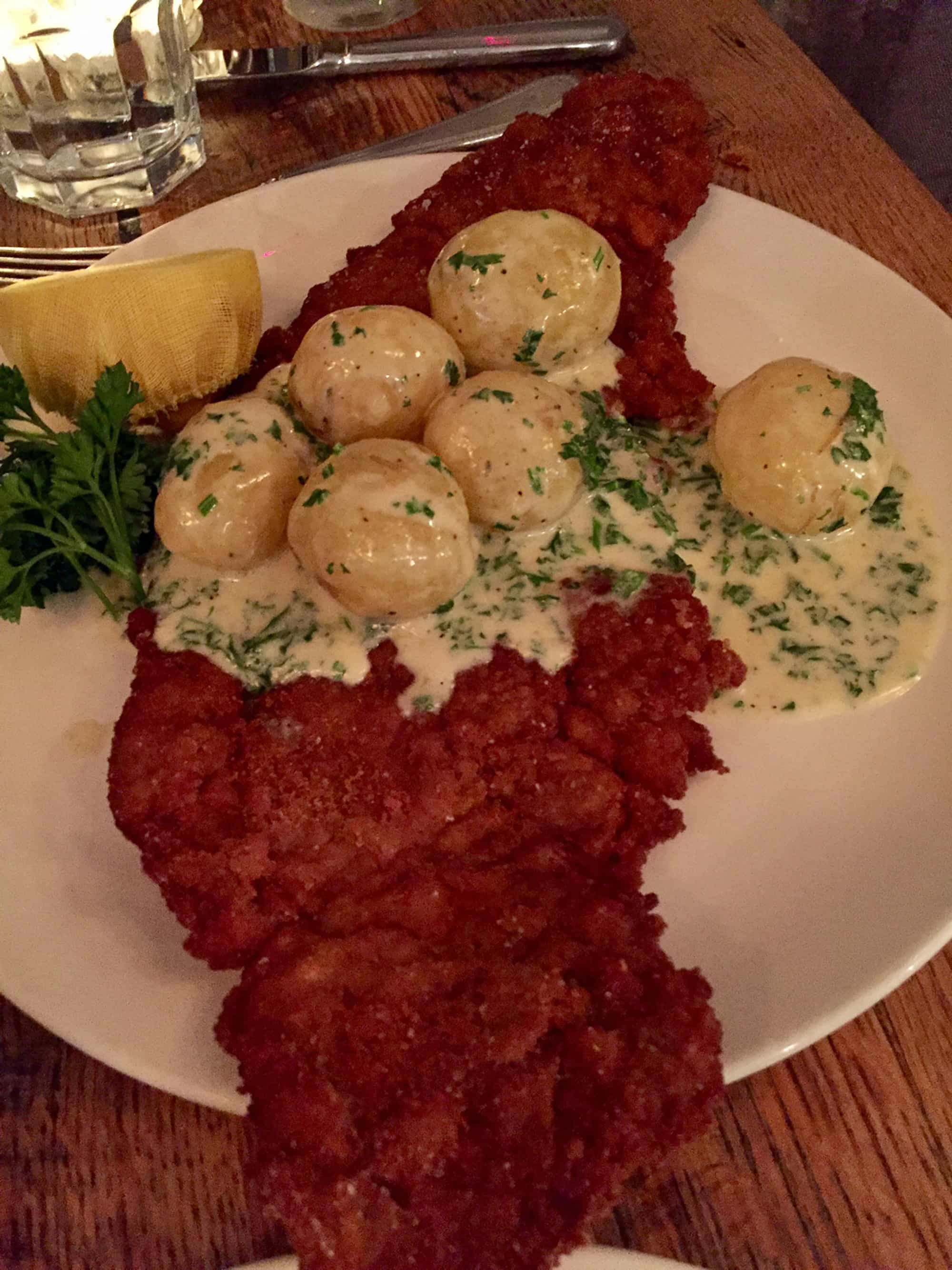 Of course, the oysters here are a big draw, and I’m a fan of their coddies and their spaghetti & meatballs. But their version of classic pork schnitzel—served up with parsley potatoes and a lemon wedge– is my new personal favorite. {Dylan’s Oyster Cellar, 3601 Chestnut Avenue, Hampden}

Even though local favorite beer National Bohemian is no longer brewed here in Baltimore, it’s still a popular choice for many. And aren’t we lucky that we still have the brand’s distinctive, stylish mascot, Mr. Boh, around? I noticed this version of the classic branding as a framed poster in the new-ish South Baltimore restaurant, Rachel. Cheers! {554 E. Fort Avenue, South Baltimore}

Brian Michael Lawrence is one of THE Baltimore style experts. After all, he was the longtime editor-in-chief at STYLE Magazine, which specialized in covering everything stylish around the Baltimore area. Brian also served as editorial director for the digital division at Sinclair Broadcasting, and creative director at Blue Sky Design. Currently, he oversees communications & marketing for the department of Tourism, Film & the Arts at Maryland’s Commerce Department.  In his bi-weekly column, you’ll get to see what cool hotspots are piquing the interest of this Baltimore style maven and why - whether it's the fabulous food, cool cocktails or elegant environs. 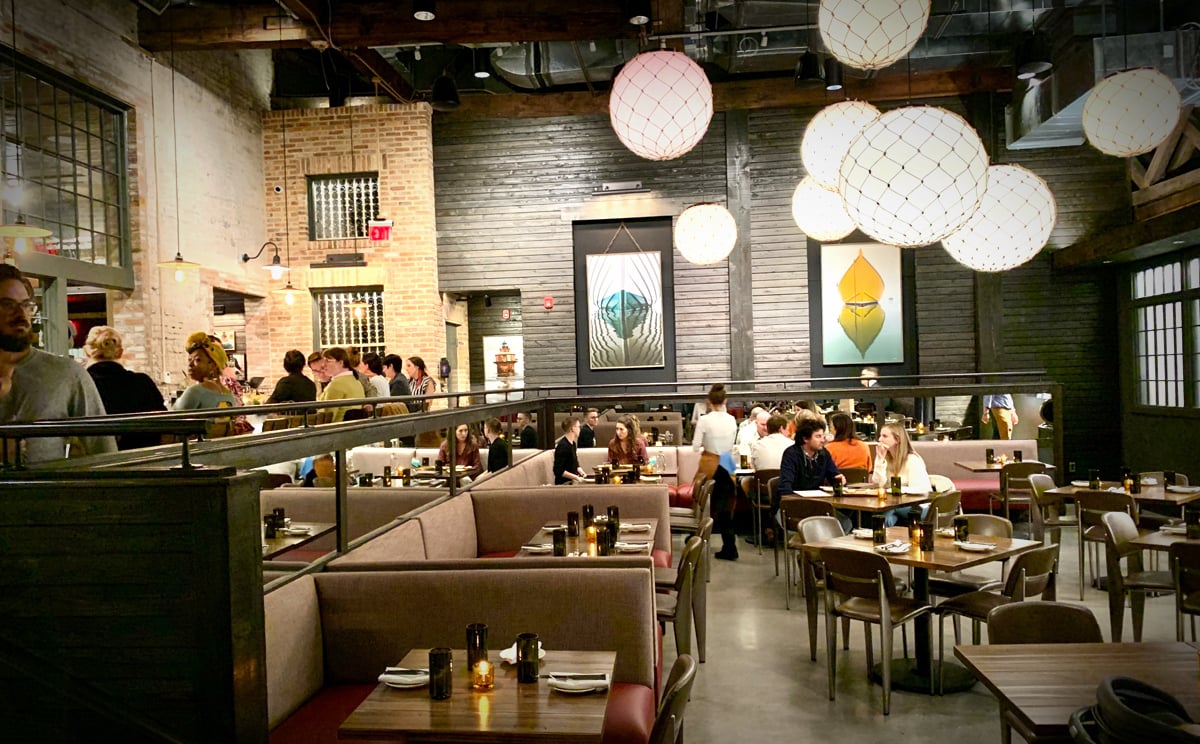 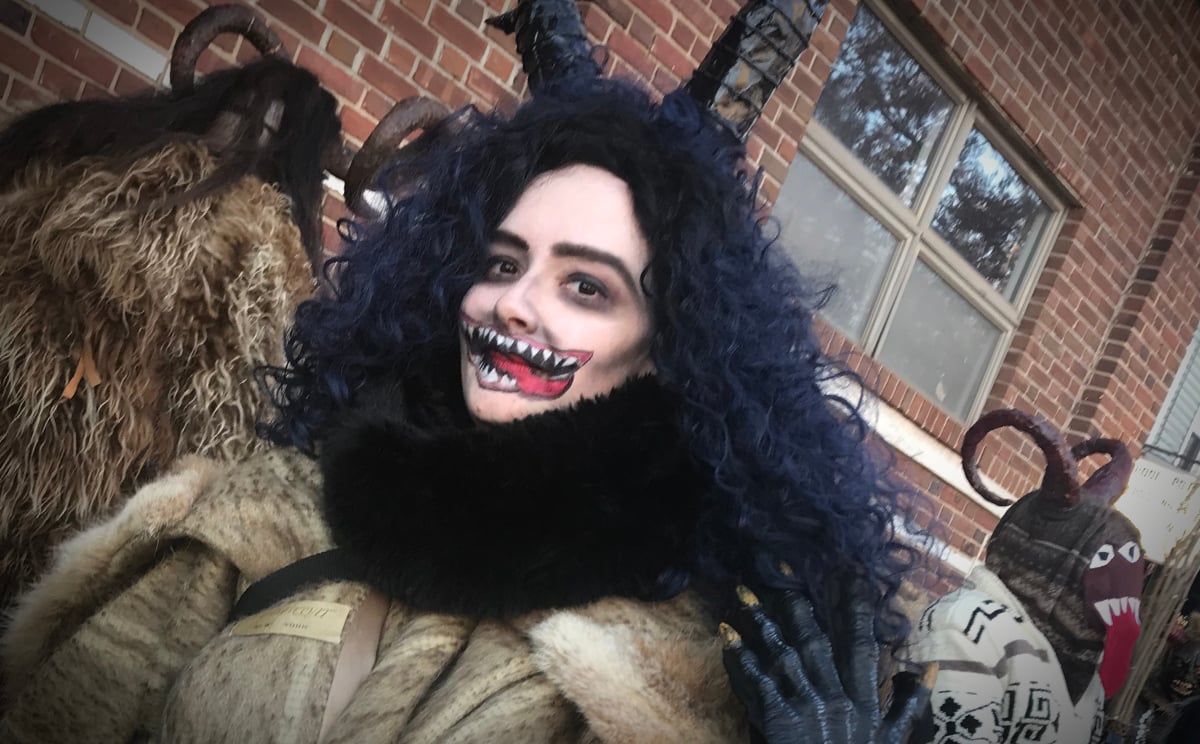