A timeless trend that lives forever is the red lip. I caught some red hots (and even some red hats) around town this week, showing how scarlet can be just as soft for summer as it is strong for the holidays. Grenadine (That’s what Monyka is wearing two pics down) is a juicy orange-ish red that’s already been deemed the biggest color for the upcoming fall season. So, it’s no wonder the beauties I’ve come across are getting a head start. My best advice would be to think Marilyn Monroe on the beach and keep the rest light, or at least neutral if you must. 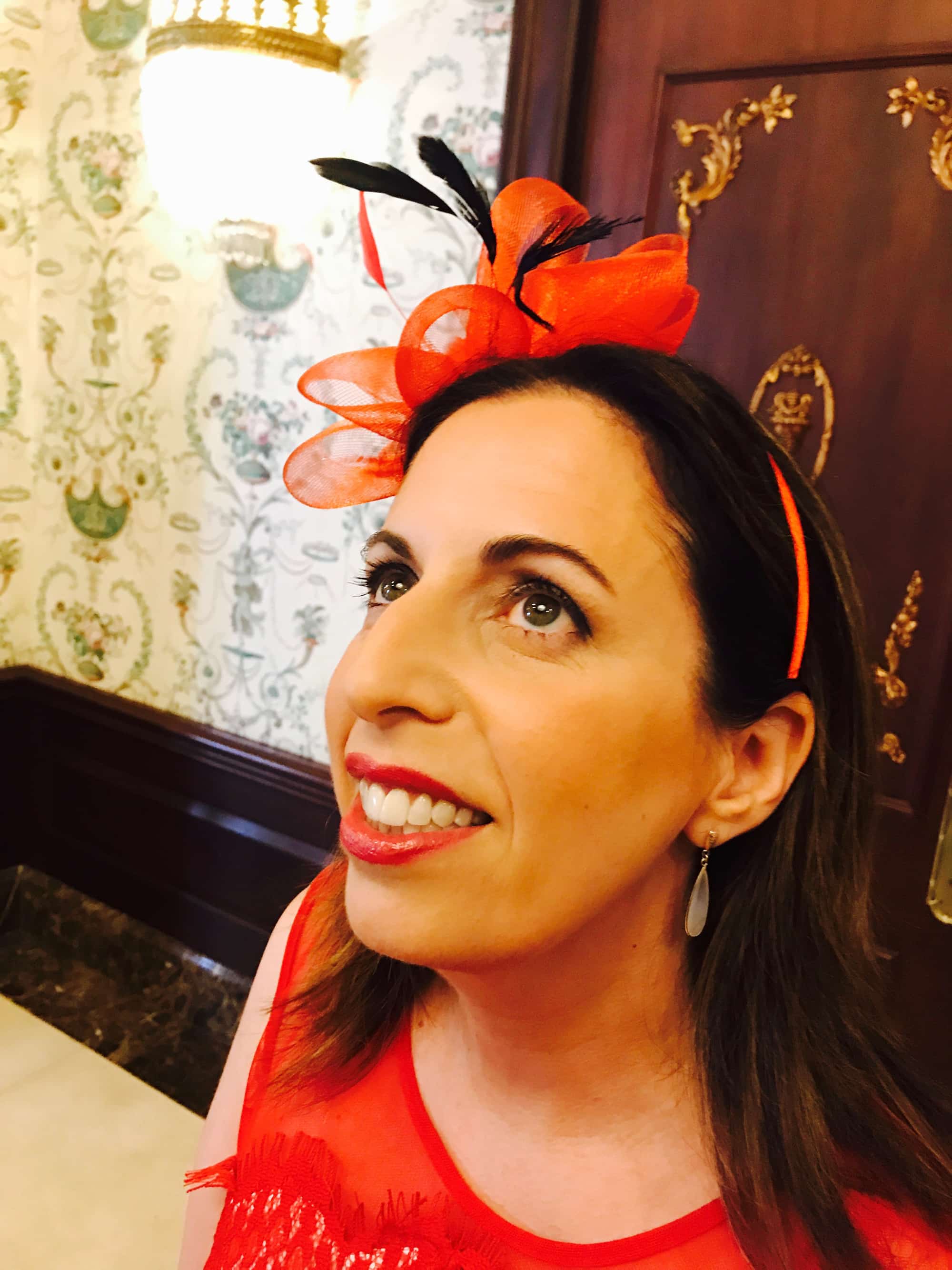 Rebecca Klein Scott of Tall Small productions asked me for a look that would stand up to her long presentation at a recent event in warm weather. So we used Smashbox Always On Liquid Lipstick in “Big Spender” which we balanced by some champagne cheeks and lighter bronze liner on the eyes – all of which held up all night. Stain too dry? Add clear gloss.

As I manned the makeup booth at Pimlico’s “Black Eyed Susan Day,” I heard many a client’s concerns about the “melt factor” in warm weather. Here Monyka Berrocossa stopped by for a touch up on her Grenadine lipstick that was fading. I simply applied the same color – not darker – liner back around it and finished with Bobbi Brown’s Pale Yellow Powder to balance out any ruddiness or oily spots in the skin. This makes a big difference for those who feel awkward in a red lip, especially if you are already very pink. 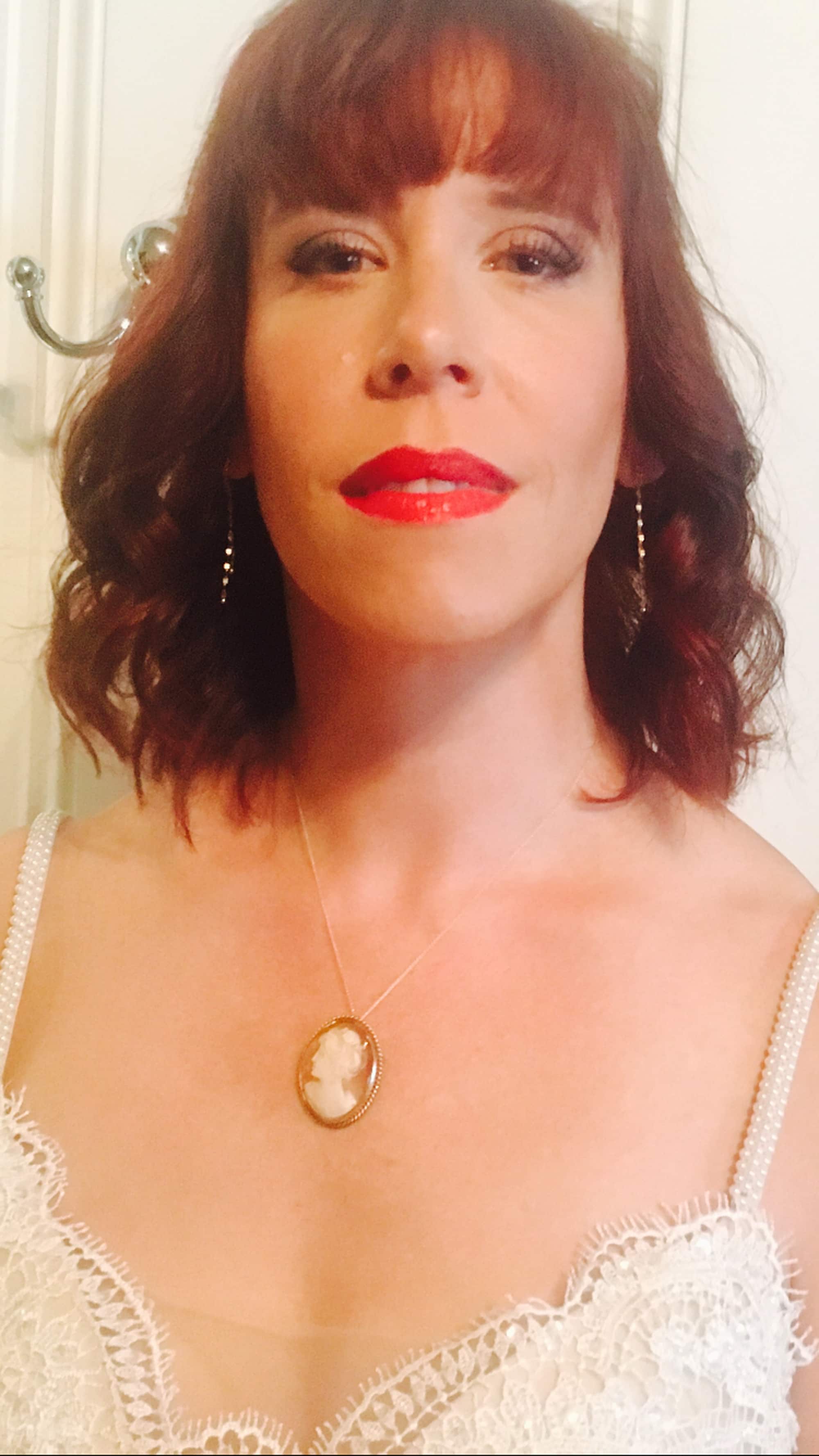 We’re in mid-event season, which is also a major wedding season. For this bride – performer Ruby Spruce at the Empire House – we went with a red lip stain by Jane Iredale. Ruby shows how well it works for those wanting a long-lasting naturally-based red, especially when paired with clean glowing skin. We used a blue-based color called “Desire” that tends to do better on the fairer complected and looks brighter against teeth in photos.

Since it’s wedding season, it must also be school dance season. I met this anonymous beauty in a makeup appointment at About Faces who wanted to do a dramatic “before-and-after” with Smashbox red lip in “Legendary,” and smokey eyes to go with. We kept it balanced by using only neutral colors from their “Full Exposure Palette,” so it was still wearable. 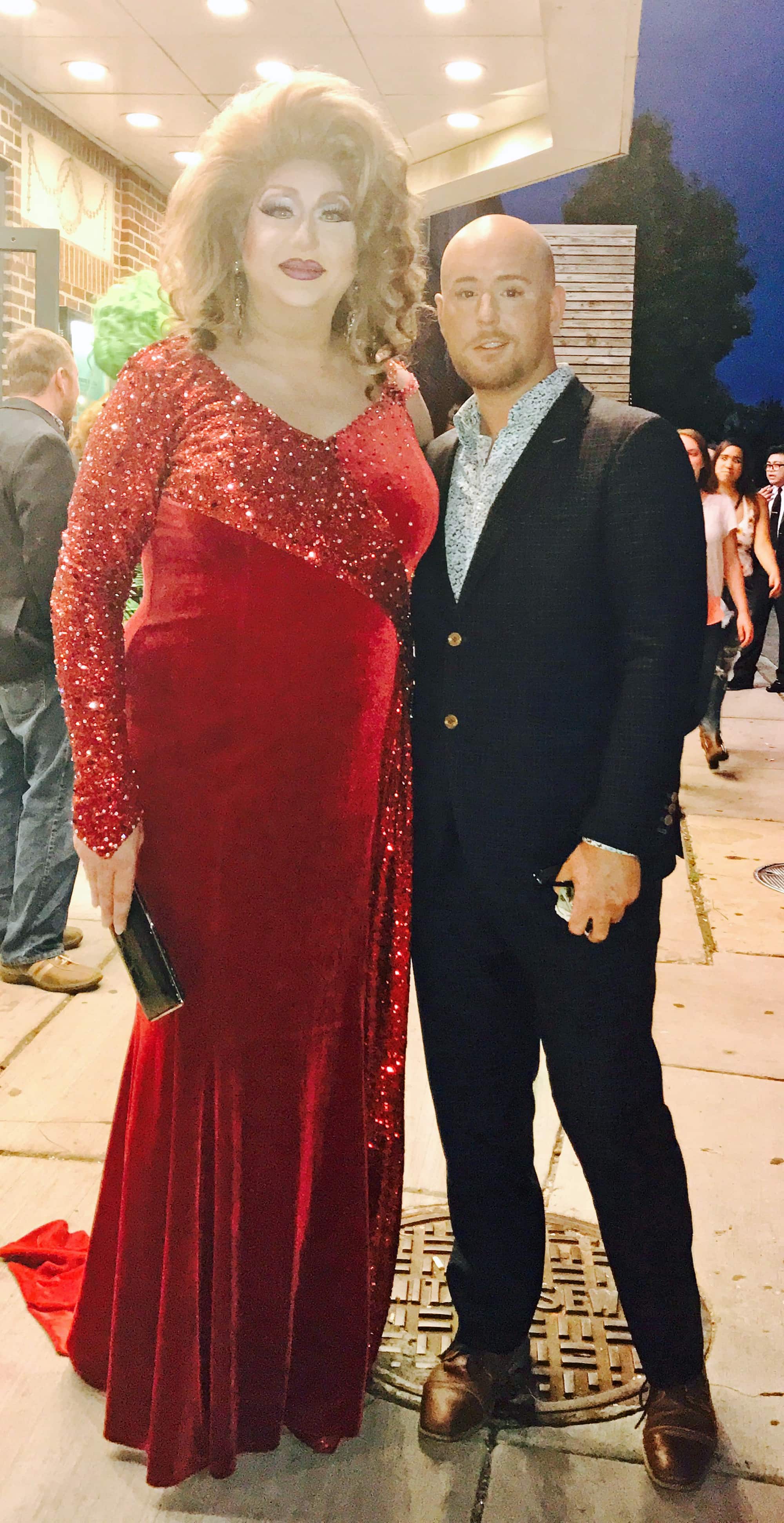 Let’s be honest, though. We live in Baltimore. We’re bound to run into those who toss caution to the wind with their look and are quite a hit! One of those is my long time friend, client – and really teacher – nightclub performer Victoria Blair. She snapped a quick pic with me outside the Creative Alliance’s “1st Annual Drag Awards” this week. Victoria knew how to work it, wearing as much red as possible and not being shy about that. Since I’ve been a long-time makeup student of hers, I got her to confess her secret weapon was Prestige lip liner in “Velour,” MAC’s “Russian Red” lipstick, with red glitter over top. We did say, she’s no wallflower!

Owen Michael O'Donnell is a 16-year cosmetic veteran based proudly in Baltimore. The busy makeup artist has worked everywhere from Saks Fifth Avenue to Sephora (as a manager), as well as several salon/spa chains. His work has been featured in magazines such as Elle, Cosmo, Girl's Life, Baltimore Style, Health, Self, Baltimore Mag, as well as many commercials and fashion events. Owen is a regular fixture on Baltimore TV news, both on-camera and behind the scenes. He also guest teaches at local beauty schools and heads up a cosmetics program for cancer patients at a local hospital. The native Baltimorean has always thought of the city and its environs as a series of unique villages - each with its own panache and memorable characters. He’s always struck by how much style there is and frustrated with just how easy it is to miss if you don’t know where to look. Owen will be using his highly trained eye to focus on some of the latest fashion and beauty trends that he spots around town (and maybe even giving us the skinny on how to achieve those looks ourselves!)