New kid on the South Charles Street block is 101 Deli Bar. It joins its nearby related siblings Wayward and Banditos in this bar-heavy party district (its neighbors are Mother’s Grille, Ropewalk Tavern, Mad River, Nick’s, Nobles, MaGerks and the long row of drinking establishments on nearby Cross Street.

The space has formerly housed everything from a video store to a yogurt shop. In its current incarnation, it’s a big open, high-ceilinged room with floor-to-ceiling windows that open onto a front sidewalk terrace.

To the left, a long bar features a row of beer taps and several TV screens for sports viewing. There’s always a daily menu of 10 local craft brews on offer, as well as a full bar.

My choice of cocktail was a Templeton Rye & soda. 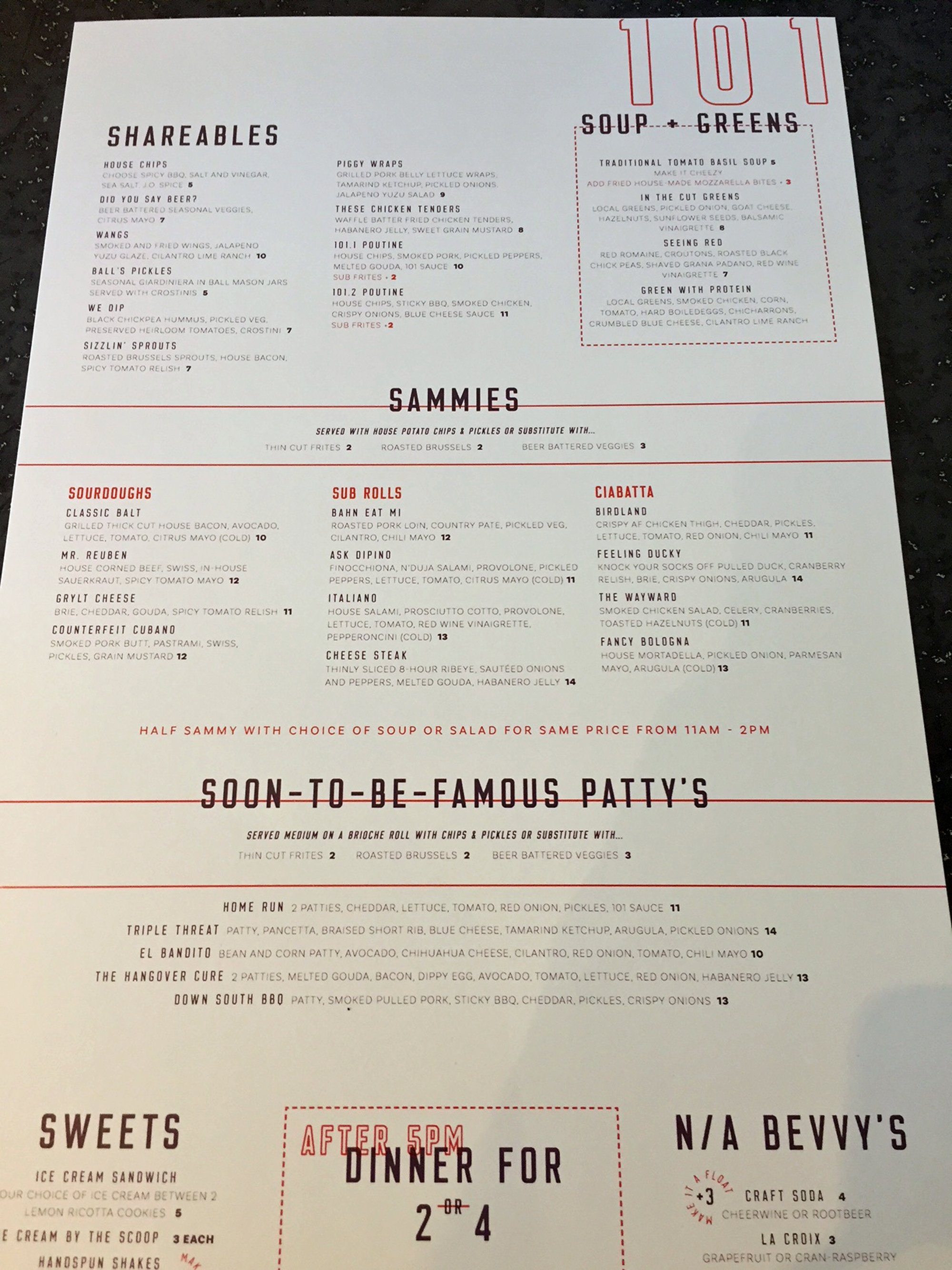 The food menu reflects the bar’s moniker of “deli” with sandwiches (offered on a selection of breads including sourdough, sub rolls and ciabatta) and patty melts. Shareable plates include chicken wings, roasted Brussels sprouts, chicken tenders and poutine.

The backdrop for everything is a clean, nicely designed space with color accents that reflect the local sports teams—orange overhead shelving and purple upholstered booths. Wooden butcher-block is used for the dining tables and the long communal table in the center of the room.

The crowd is young and lively, and has already added 101 Deli Bar to their regular rounds of establishments in the Federal Hill neighborhood.{101 Deli Bar, 1118 S. Charles Street, Federal Hill}