It’s been quite a journey putting together a makeup line (which we’ll be telling you more about it in the not-too-distant future when we launch). But, that doesn’t mean I still don’t admire other artists and products around town.

I recently was privileged to connect two hard working friends who then came together in Pikesville for a good cause. Jennifer Grossman, THE insurance lady, and Lauren Rutkovitz, A Style Studio owner, co-hosted a sip-and-shop kicking off a week-long fundraiser for MS. Jen (on the left) had worked hard all day putting the event together, so I quickly used a bit of Lauren’s own Alexandra cosmetics to refresh.
They have a great under-eye brightener in a wand, similar to YSL’s Touche Eclat, but more affordable. I dabbed that under her eyes and pressed a bit of baked mineral powder – in her porcelain shade – over any redness. Then, I dabbed the satin glow mineral swirl powder on like a light bronzer, which wakes everything up. We used a graphite – not black – gel liner to smudge around her eyes to give them a little smoky definition, followed by a thicker mascara. She already had length. You know you can take that bronze highlighter and use it as a simple shadow, too…right? Finally, Jen’s light complexion with auburn hair does well in a rose gold seduction gloss and a little taupe brow filler – a good color on redheads. Those colors can fade out at night, so you always want to check and make sure they are still defined at the end of the day.
I joked with Lauren about having my own line and said I felt a bit like Disney’s Maleficent, swooping into the christening with a spinning wheel. Little did I know there would be a certain Maleficent swoop coming later in the week! 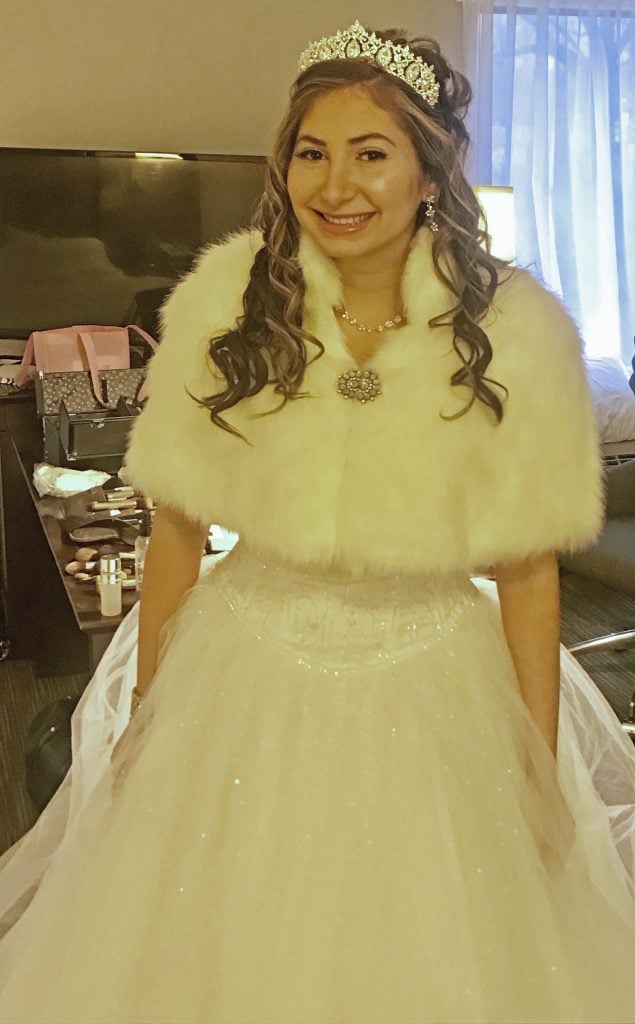 The Shatzkin family threw a huge Disney princess-themed bash at Martin’s West for Rachel Shatzkin. Hair Stylist Mardi Mack of Wave Hair Trends and I had the fun job of working on some of the family’s looks – getting into character, you could say. Rachel went for an all-white, frosted look with a new glitter kit by NYX at Ulta. Everything you need to be cute as a cupcake for prom, too. She let me know her humungous gown was actually a wedding dress! 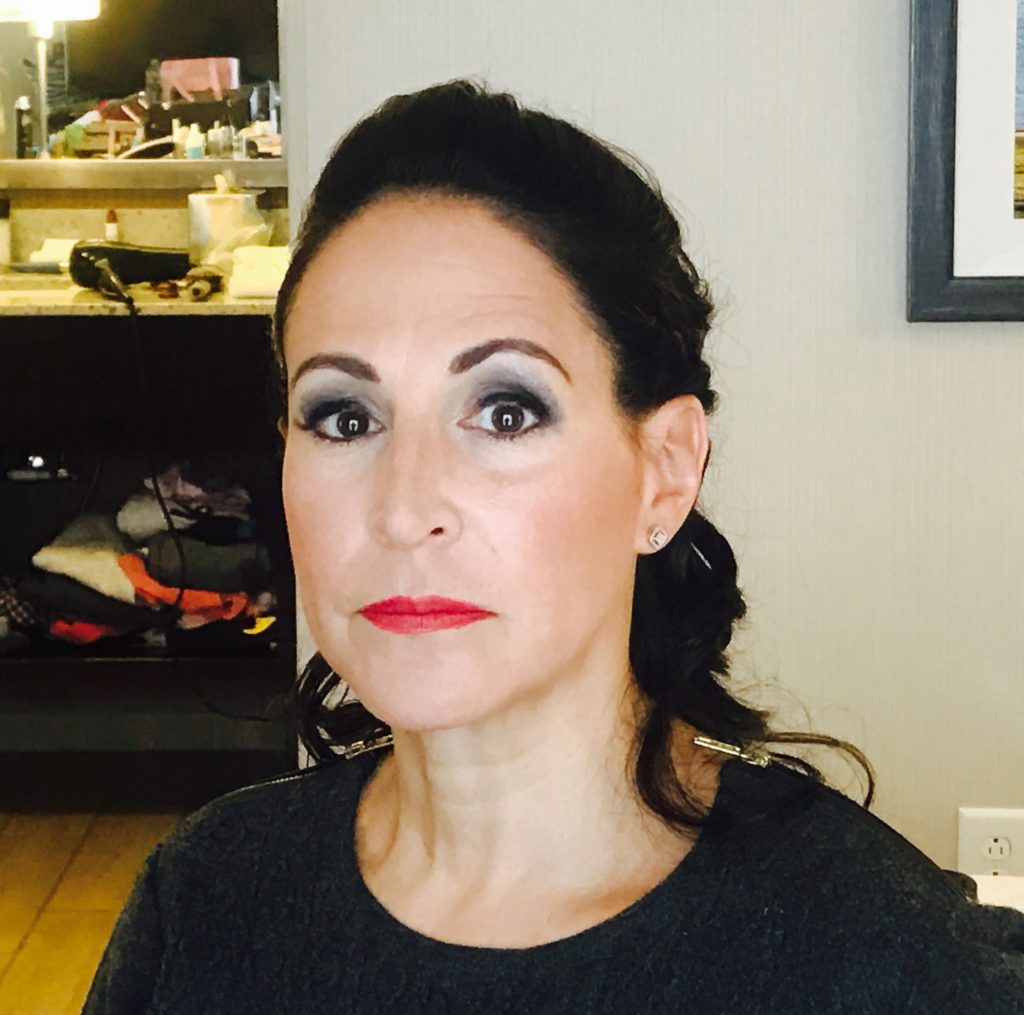 Remember my Maleficent joke? Well, Rachel’s Aunt Jill “swooped” in from New York and Paris, with a request to look like an age-appropriate – and flattering – Maleficent. Although her feathered headdress and cloak would come later, we first had to tackle her makeup. It’s always a fine line between making someone a caricature or just giving a nod to a theme, especially on a former Parisian, hon! We went for strong matte red lips, a lot of contouring, and a little leftover glitter that I dampened before applying. We just chose to do deep smoky eyes and overdraw the brows a bit. Not so different from some of those Instagram tutorial gals you see out there! And something to keep in mind when you’re wondering if less is more. 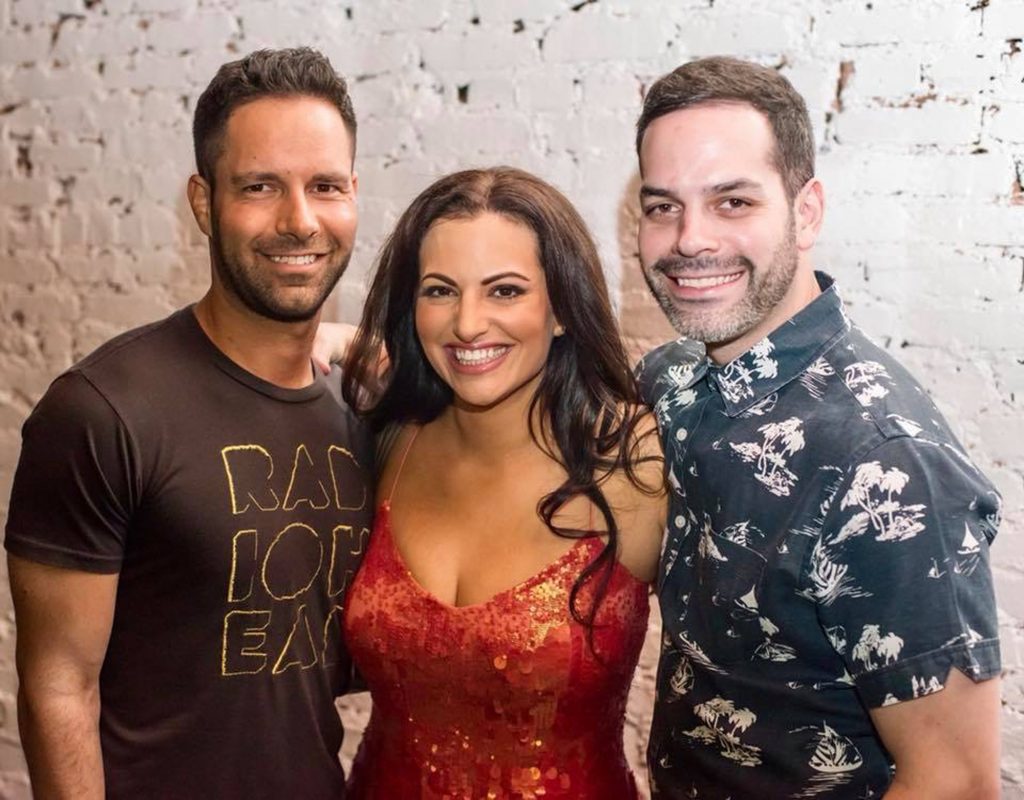 Speaking of characters and special days, I would be remiss if I didn’t review what Heidi Klotzman of Heidnseek Entertainment did for her look on her birthday. She held her party downtown, with DJ Neil Paul and Joey Janko. Heidi annually goes to see a mutual friend of ours, Reginald Dowdy – now owner of Reginald Thomas Studio – for some extensions to ease into summer without much fuss, and they certainly pumped up the volume. Heidi said she wanted to feel like JLO this year, so airbrush makeup by Ariel Santiago Lewis was the best option to finish the JLO treatment. Ariel kept it neutral and bronzy, misting different long-wear layers on by Temptu and adding lashes. A shiny pink number from Little M Style of Pikesville finished off the look. 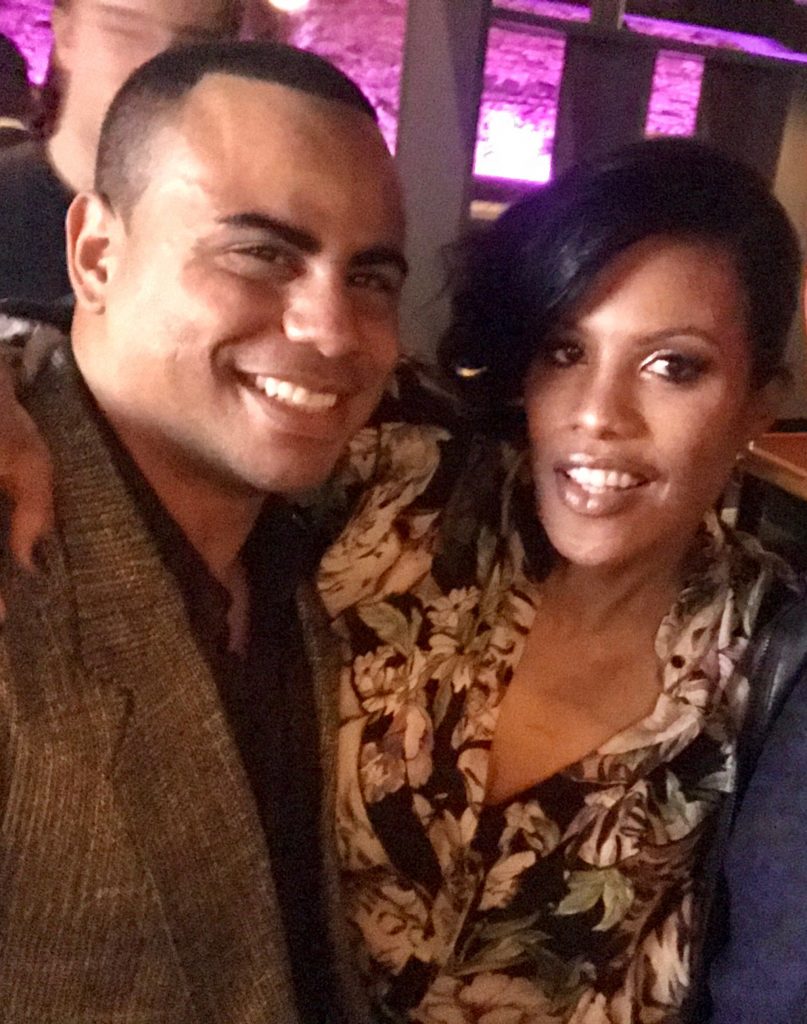 Fashion Stylist Jason Tom and I bumped into former Baltimore Mayor Stephanie Rawlings Blake, known for her bold and glamorous look. She told us she likes to try out new looks, often with some MAC favorites. It’s nice to see someone not afraid to try new things, especially with a little newfound freedom in her consulting career. I couldn’t help but tell her about my Baltimore lipsticks coming out. She is a great candidate for “Fells Point Fog” or “Bolton Hillberries.” I’ll fill you in on it all, when we officially launch!