The stretch of North Avenue between Howard Street and Charles Street has become a vibrant part of the heart of the Station North Arts District.

Over the past few years, as it’s grown, it’s become part of my regular circuit of stops. Change is a factor as the neighborhood evolves: Joe Squared has moved its digs over a block to a more upscale space, but still helps anchor the area. The loss of Liam Flynn’s Irish Pub last year was a blow, and Red Emma’s has just announced a move to Mt. Vernon. But glossy openings like the new Parkway Theatre complex and the continued presence of the Windup Space, Metro Gallery, the Charles Theater, Tapas Teatro, Pen & Quill and others make this a vibrant part of the city for creatives. 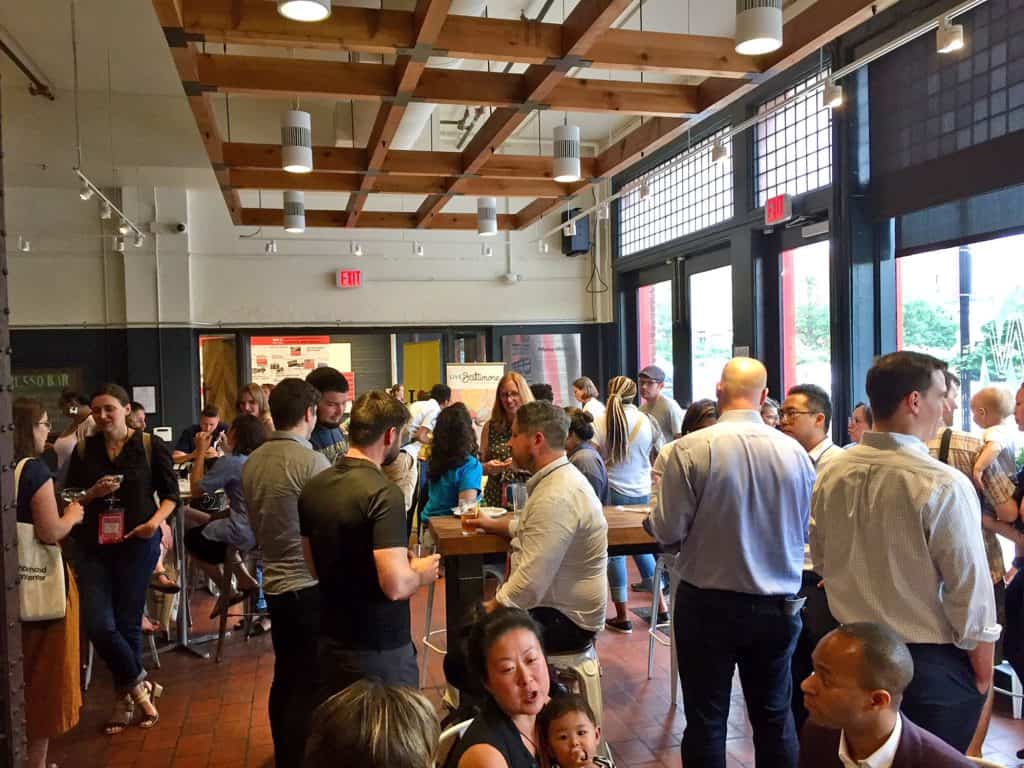 The space on North Avenue that formerly housed the Load of Fun Gallery recently underwent a renovation to become Motor House, a collective of artist and craftsmen studios, performance space, and the Showroom Bar & Cafe. 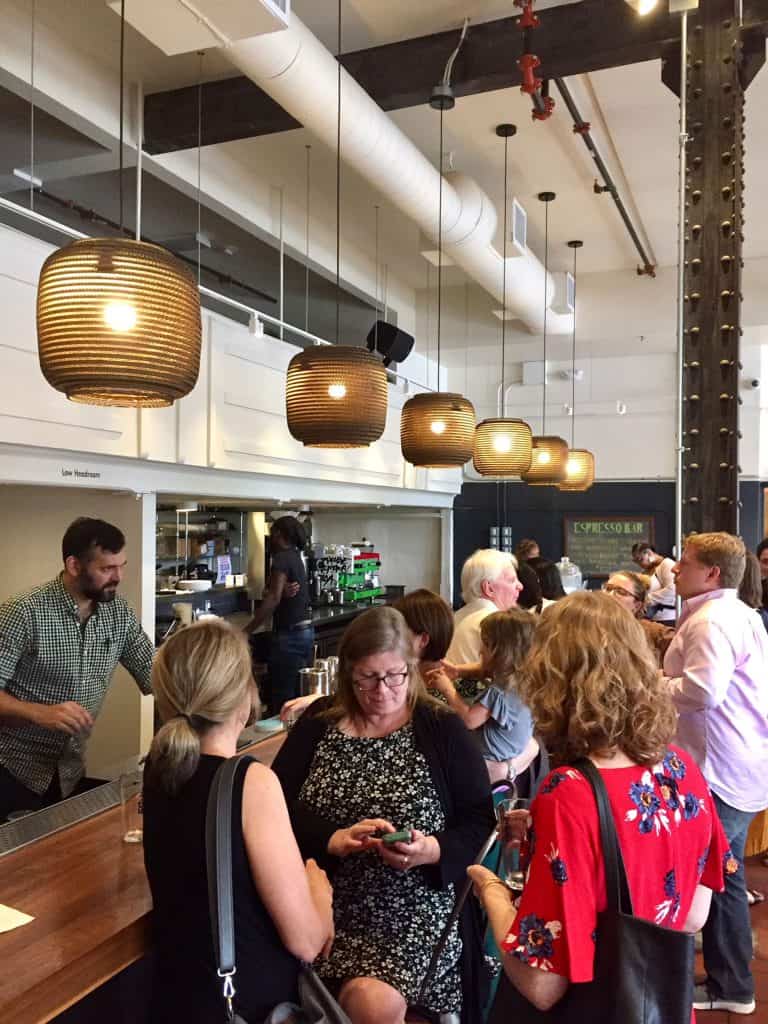 The space fronts on the street and features high ceilings, a long bar along the rear wall, high-top tables and a cabaret-style space off to the side.

The bar/café serves as a crossroads for artists, musicians and other creatives, as evidenced by the array of colorful, graphic posters advertising shows, openings, concerts and the like. 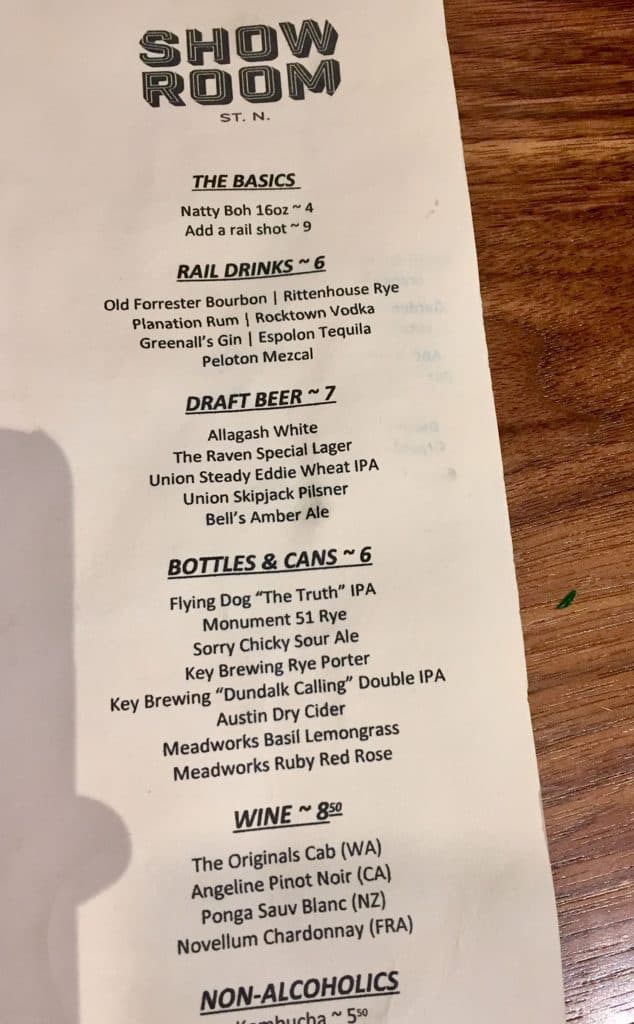 The bar selections are on the basic side: rail drinks, five local craft beers on draft, an assortment of local bottles and cans, and four wines. 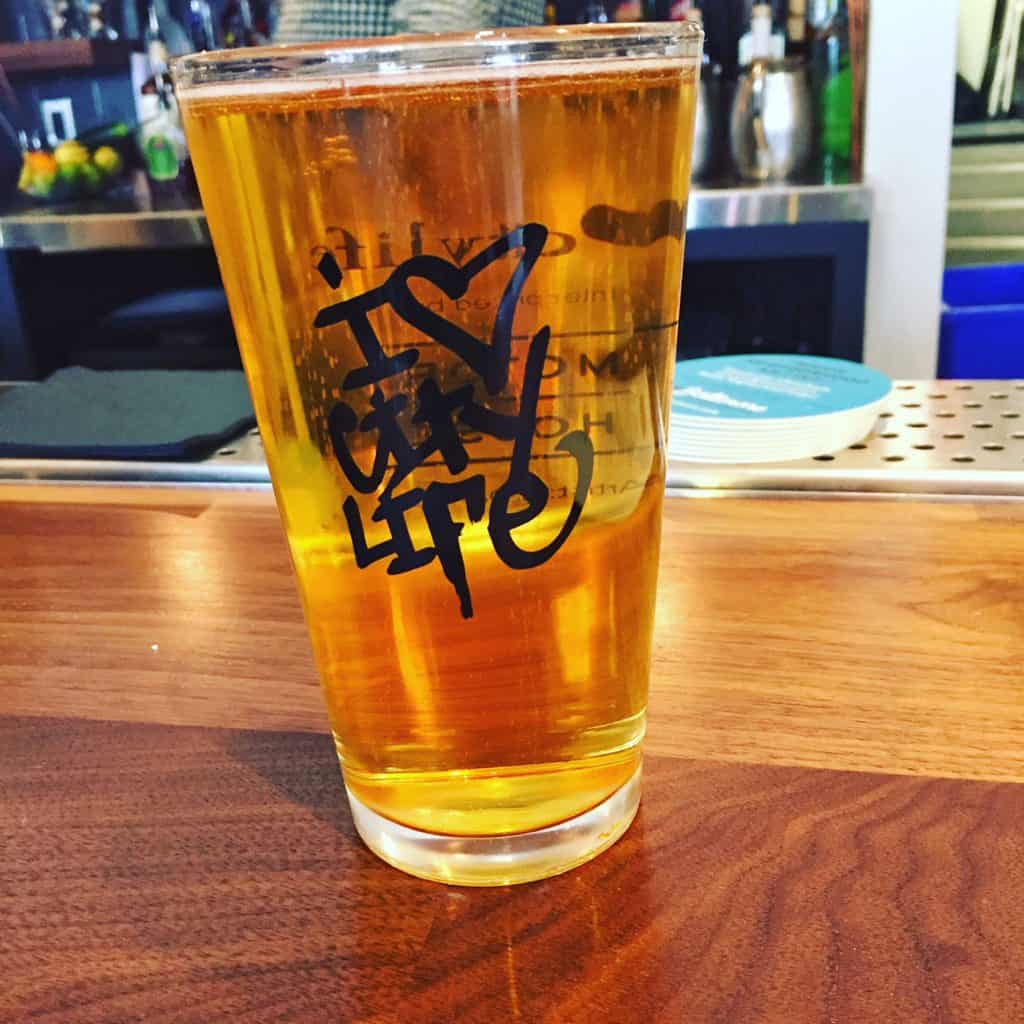 Stopping in for an ‘I Love City Life’ happy hour, I chose a Union Skipjack pilsner, which hit the spot on a warm afternoon. 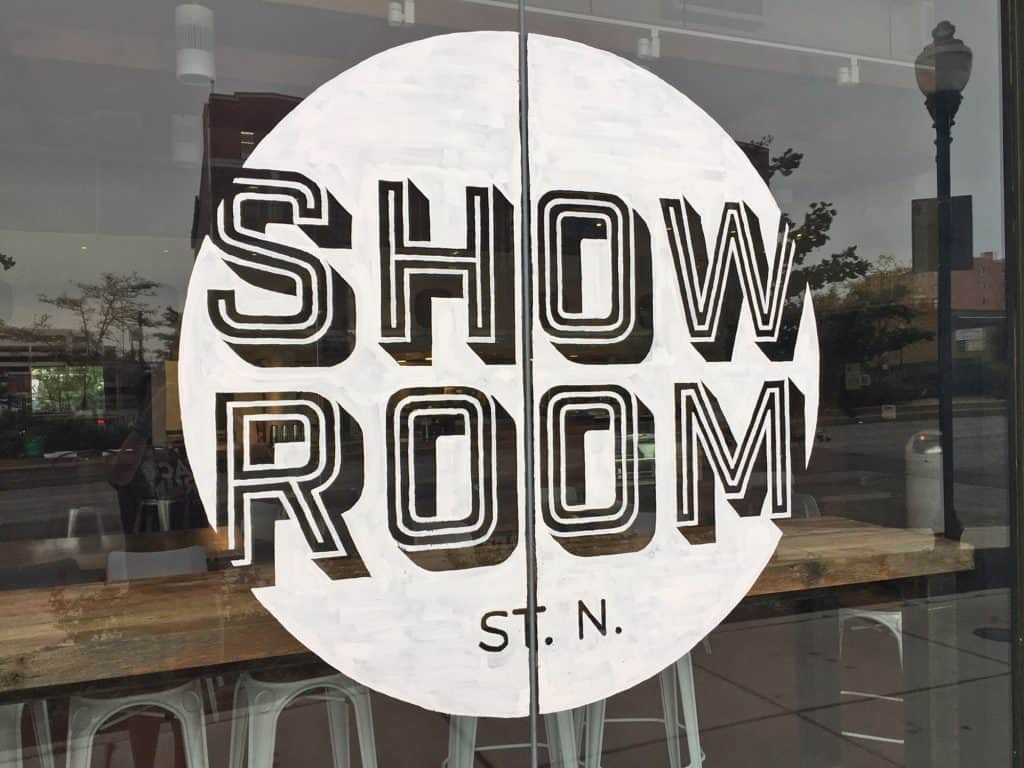 Showroom opens in the late afternoons and stays open through 10 pm, some nights later, if there’s a show going on. It’s just one more option in a neighborhood that offers so many fun experiences for visitors. {Showroom Bar at Motor House, 120 W. North Avenue, Station North}

Brian Michael Lawrence is one of THE Baltimore style experts. After all, he was the longtime editor-in-chief at STYLE Magazine, which specialized in covering everything stylish around the Baltimore area. Brian also served as editorial director for the digital division at Sinclair Broadcasting, and creative director at Blue Sky Design. Currently, he oversees communications & marketing for the department of Tourism, Film & the Arts at Maryland’s Commerce Department.  In his bi-weekly column, you’ll get to see what cool hotspots are piquing the interest of this Baltimore style maven and why - whether it's the fabulous food, cool cocktails or elegant environs.