Going warm or cool isn’t just what our weather does. It’s also what you can do, makeup-wise. 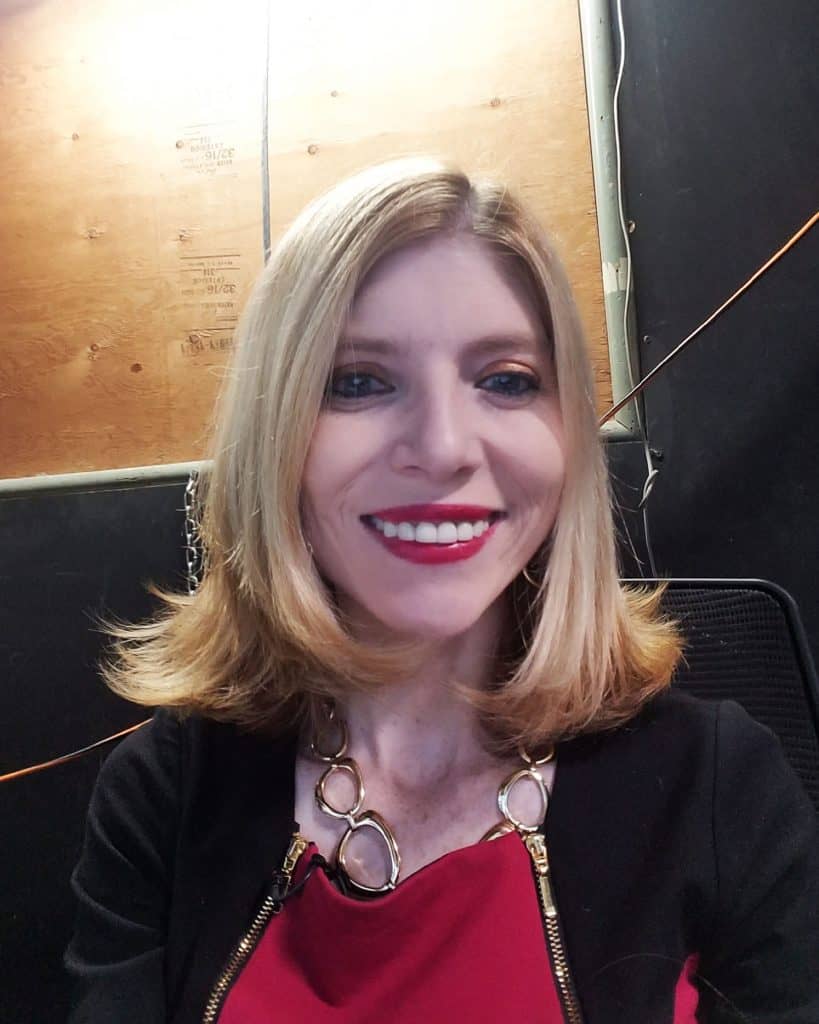 Let’s start with WJZ daytime anchor Kristy Breslin. We got to catch up and chat about not only a fall freshen-up, but what works on their new set. She’s shown here with updated sleek hair, new blush…and cream foundation and red matte lipstick – both with cool undertones. ‘JZ’s new set has a lot of blue and white, so the jewel-toned clothing and cool makeup work better than those with warm undertones, like they did with the previous brown (a.k.a. warmer) colored layout. 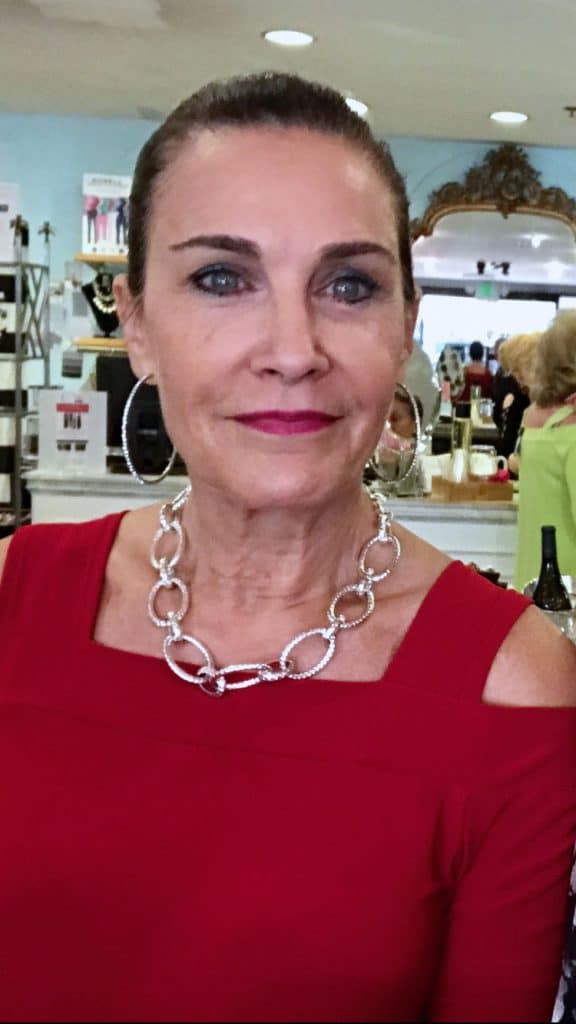 Here’s Cheryl Middleton of Octavia Boutique in the same cool red lipstick. As you can see, it can work well on a variety of people in a variety of places. 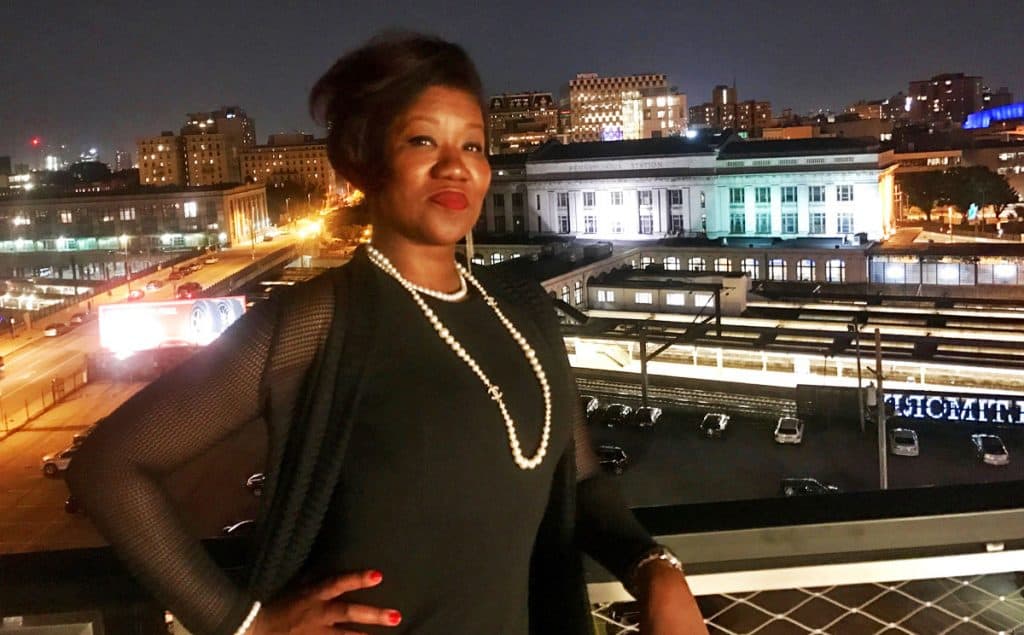 Nelson Kohl Apartments leasing manager Vandessa Day modeled a similar long wear red lip that lasted through their open house and some tacos by Blue Agave. Her pearly highlighter and Chanel-esque string of the real things keep her look classic and illuminated as she enjoys the summer night air – and view – from the building’s rooftop deck. 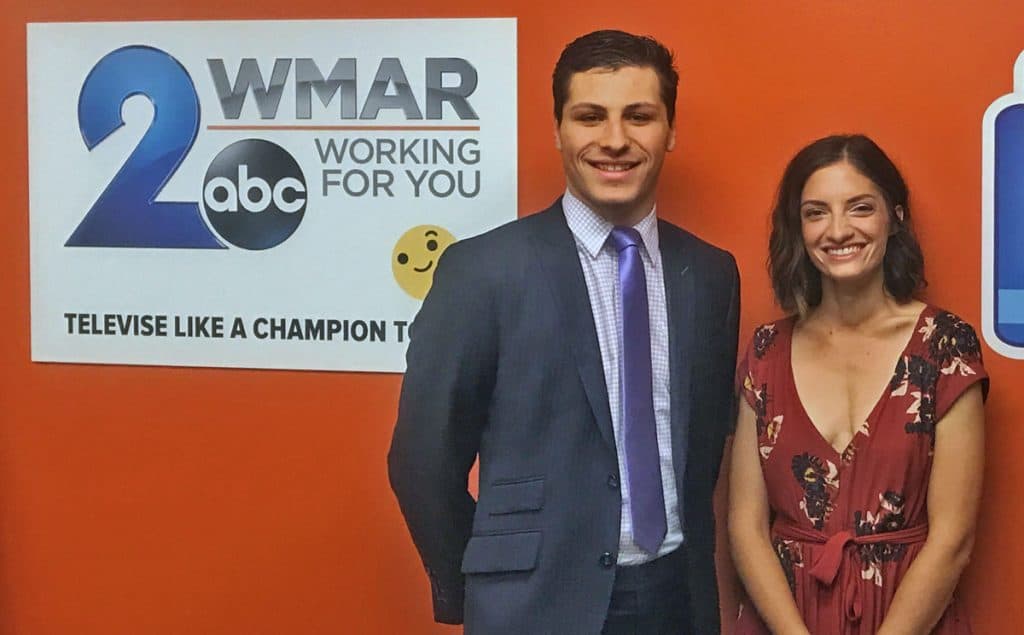 I headed over to Channel 2 to pre-tape a segment with Valentina Massa and Casey Rowe from Sharp Dressed Man, Christopher Schaefer’s nonprofit that gives recycled suits to men in Baltimore who are getting back into the workforce. 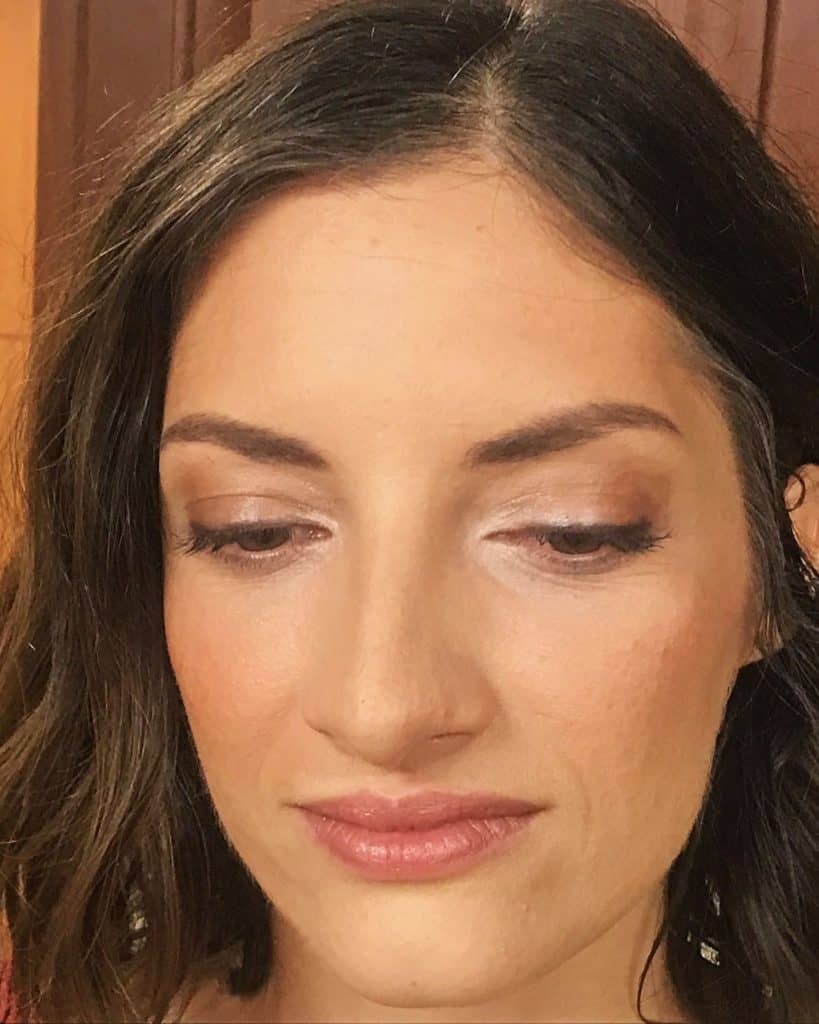 Valentina is the new spokesperson for the charity and this was her first time on TV. She doesn’t like to look too made-up. But with a background in photography, she realized she would be better with it. We used a matte powder foundation and bronzer, with dusty rose blush. I explained to this TV newbie that using the pale nudes she usually likes would leave her looking a bit like a vampire trying to look in a mirror; no reflection. However, neutral browns will show up on-air as that pale nude look. 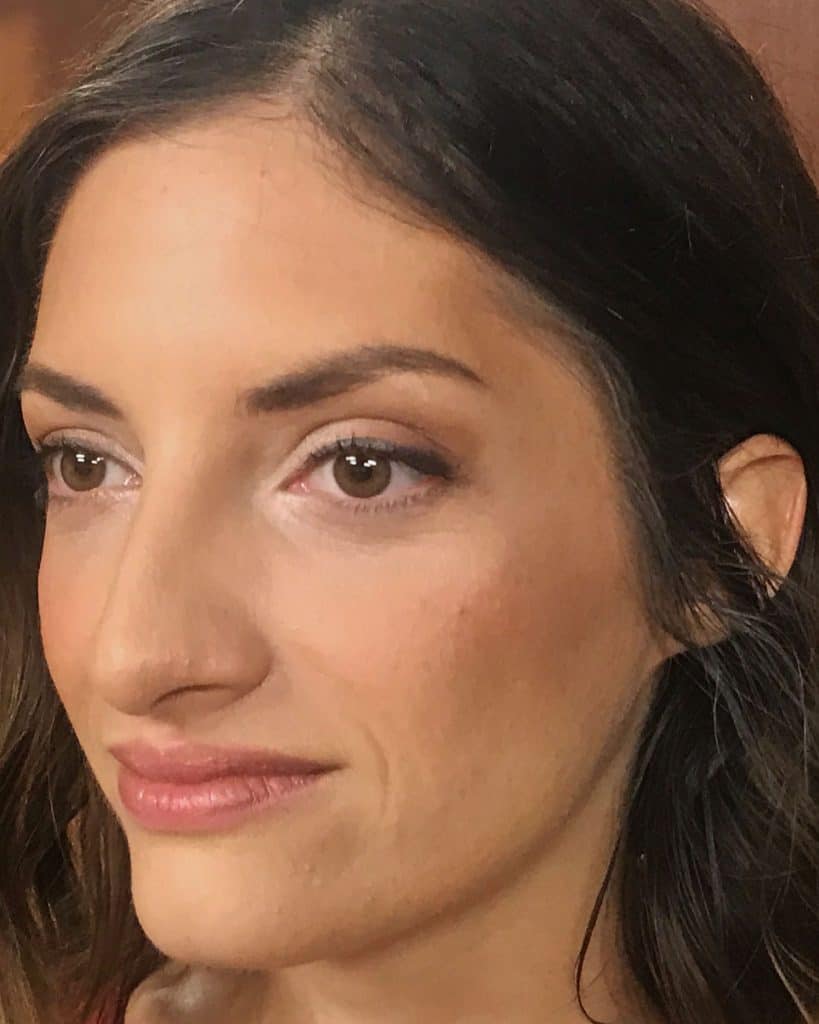 For many of us who want a natural look on film, contouring can also really help that. But, Valentina’s defined features and cheeks did better with just extra warmth. Don’t be afraid to let your natural shape work for you a bit. 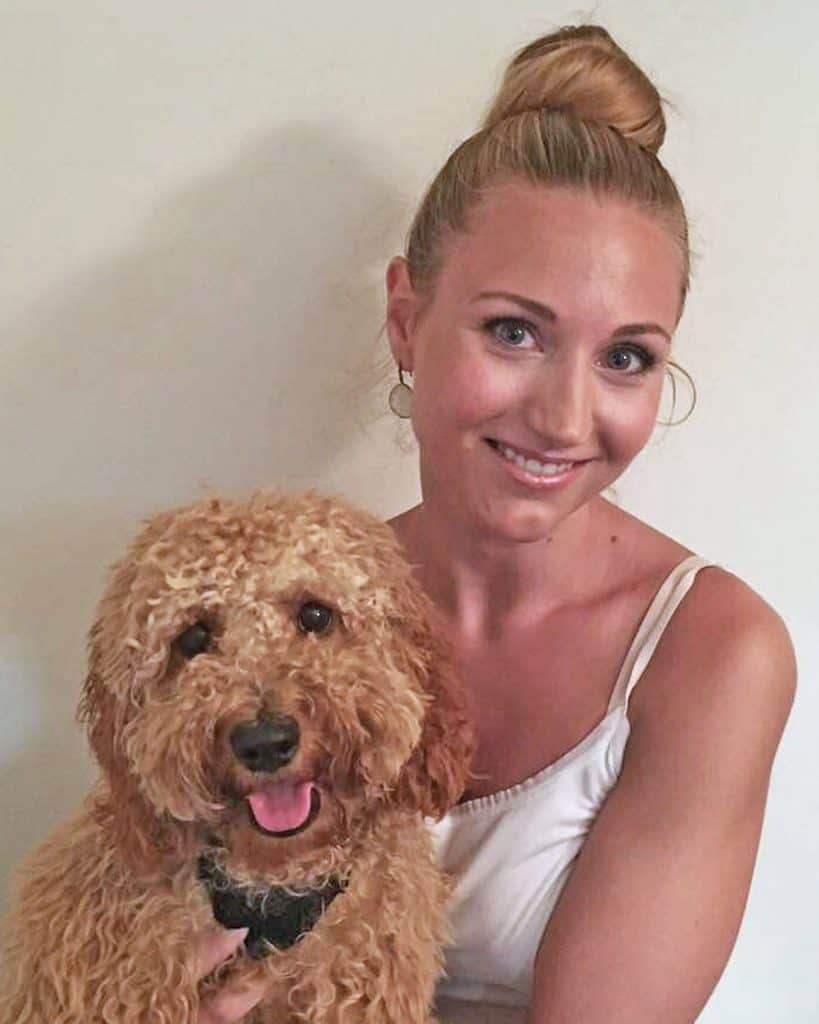 Speaking of the natural look, that’s we went for with Meredith Myers, assistant to couture designer Ella Pritsker, at Ella’s recent open house event. I used a new liquid waterproof smoky shadow with mineral powders and bronzers, and finished with lipstain – which all saved the day when Meredith got a stray eye lash in her eye and teared up a bit. But, none of the makeup strayed, saving the gorgeous Ella creation Meredith was wearing from any makeup stains. That’s one type of seeing red no-one wanted!

Owen Michael O'Donnell is a 16-year cosmetic veteran based proudly in Baltimore. The busy makeup artist has worked everywhere from Saks Fifth Avenue to Sephora (as a manager), as well as several salon/spa chains. His work has been featured in magazines such as Elle, Cosmo, Girl's Life, Baltimore Style, Health, Self, Baltimore Mag, as well as many commercials and fashion events. Owen is a regular fixture on Baltimore TV news, both on-camera and behind the scenes. He also guest teaches at local beauty schools and heads up a cosmetics program for cancer patients at a local hospital. The native Baltimorean has always thought of the city and its environs as a series of unique villages - each with its own panache and memorable characters. He’s always struck by how much style there is and frustrated with just how easy it is to miss if you don’t know where to look. Owen will be using his highly trained eye to focus on some of the latest fashion and beauty trends that he spots around town (and maybe even giving us the skinny on how to achieve those looks ourselves!)