Hot Spots: Luck of the Irish

Hot Spots: Luck of the Irish

One of the world’s most iconic beers—Guinness—brewed in Dublin since 1759, is now brewing a selection of its beers right here in Baltimore. 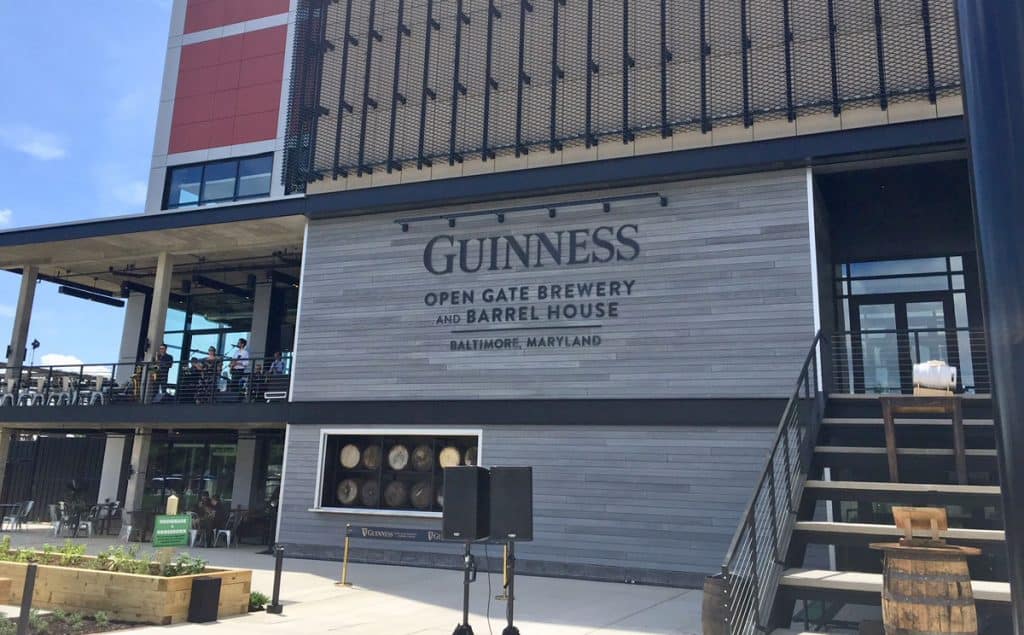 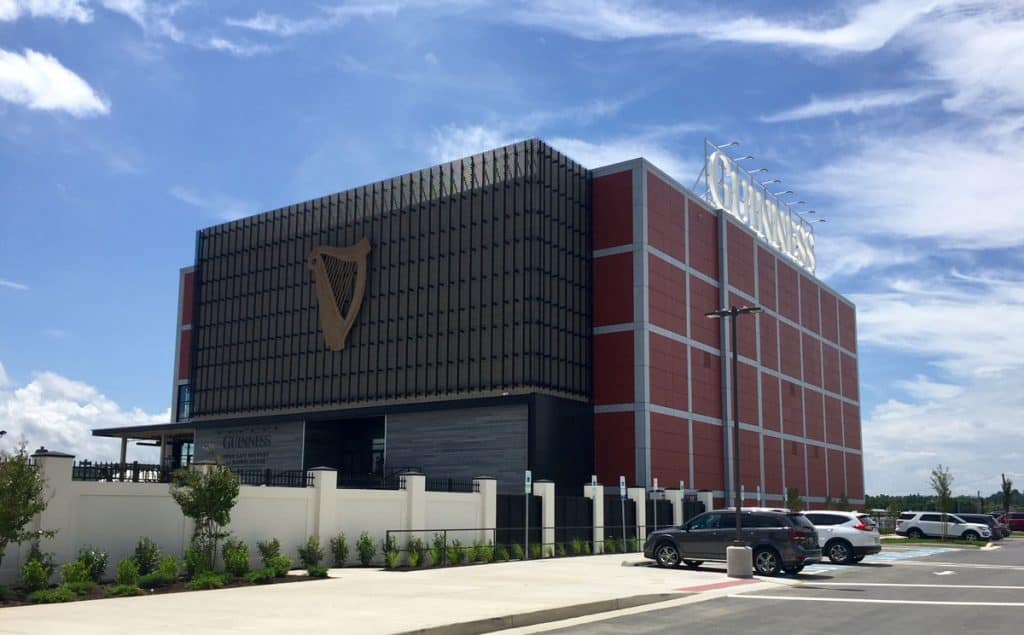 The expansive brewery, taproom and restaurant occupies a large brick building on the campus of the old Calvert whiskey distillery. 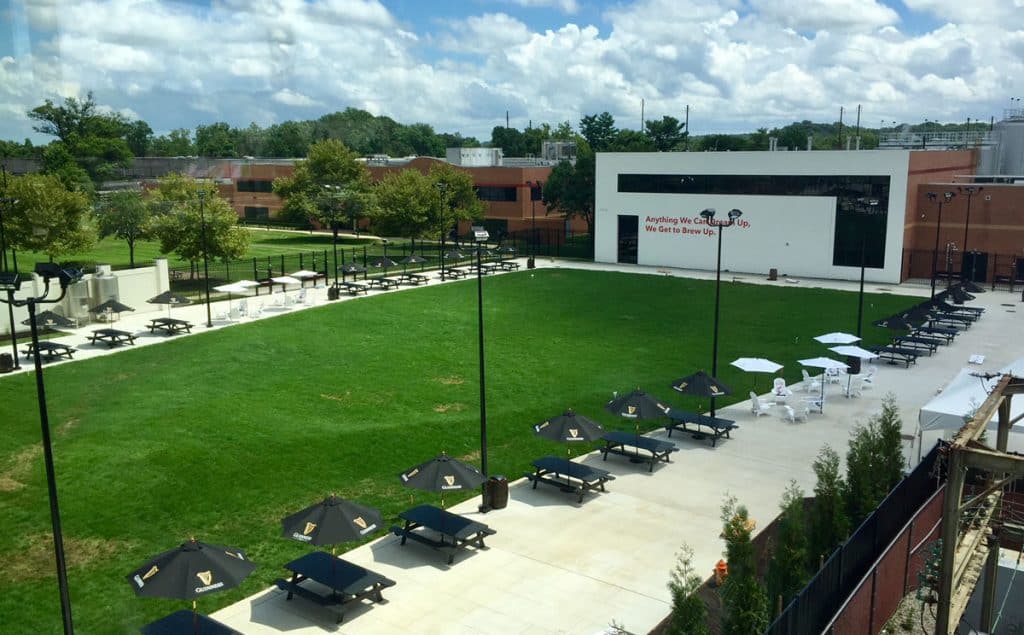 Outside, a wide green lawn sprawls out, complete with picnic tables and a performance space for musical acts and other programming. 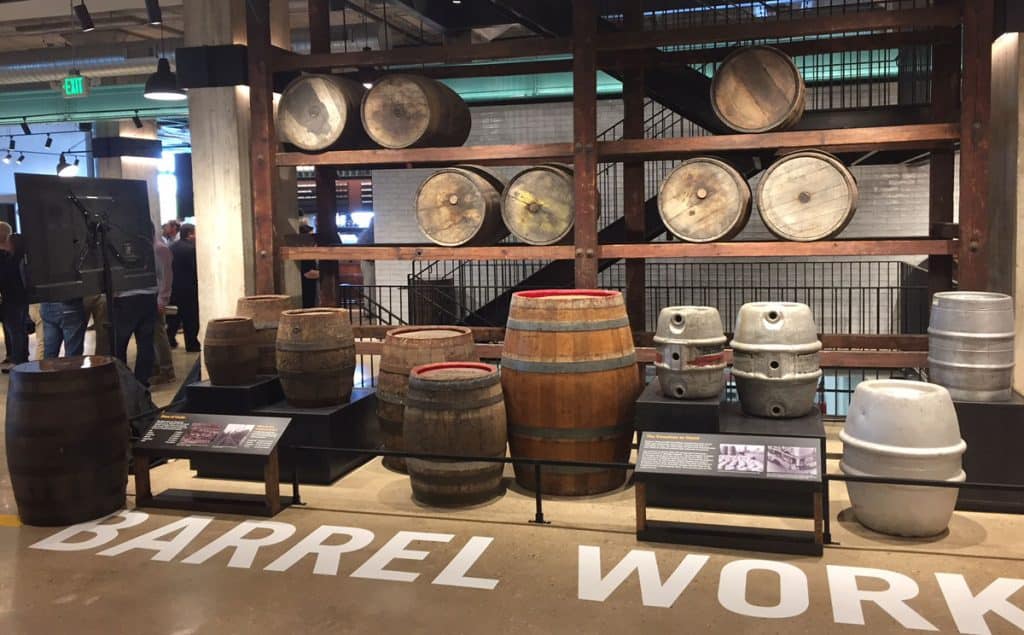 Up the steps, one enters an expansive lobby lined with distilling barrels. 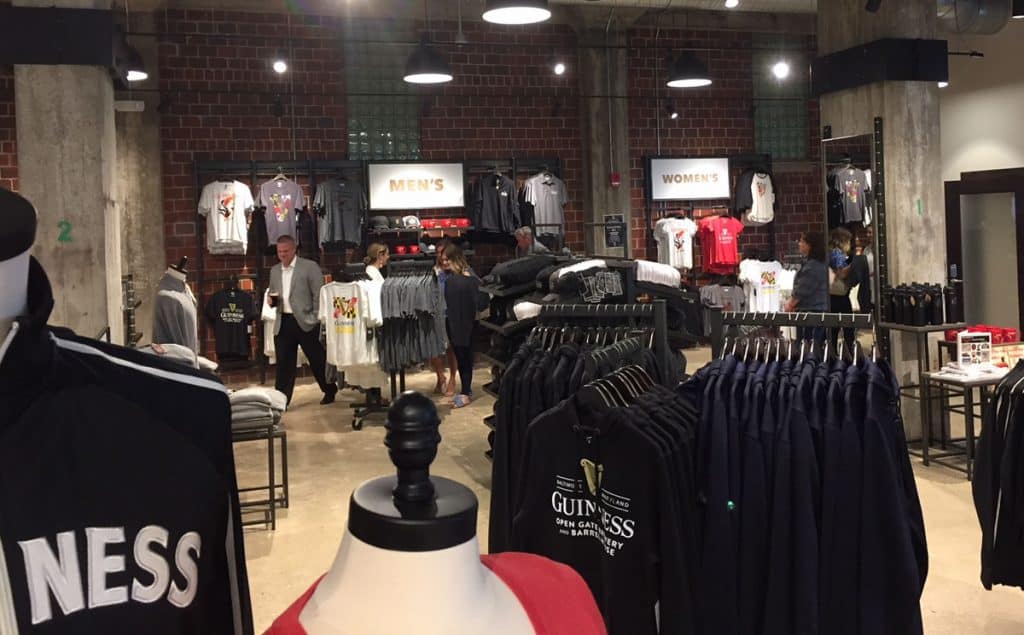 Off to the right is a fun retail area, where you can purchase any number of books, shirts, glasses, hats, signs and all manner of Guinness-branded merchandise. 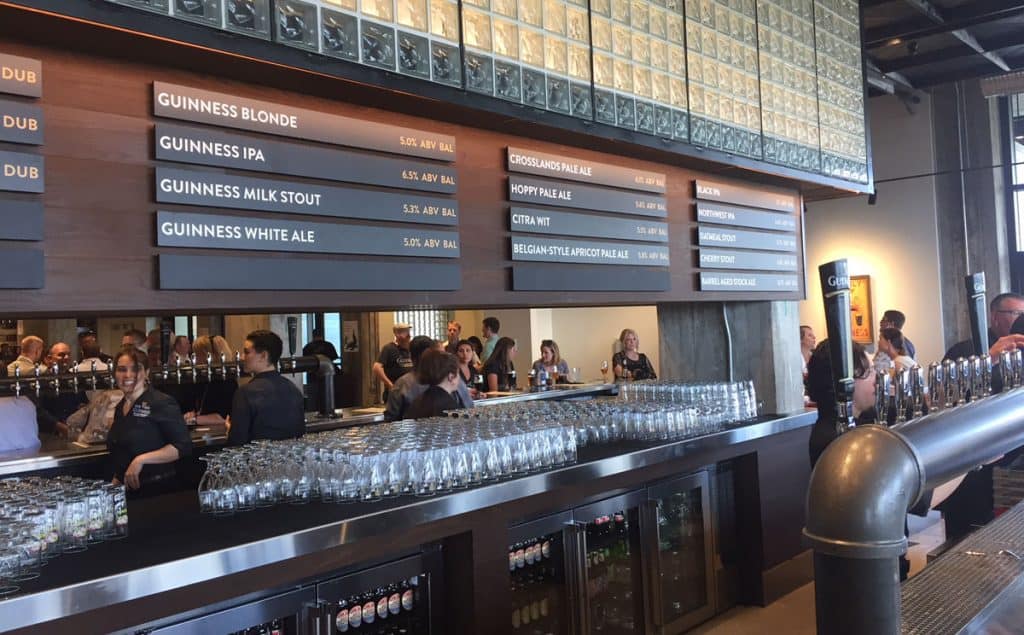 To the left is the massive taproom with a large rectangular bar, multiple taps, high-top tables and scattered lounge areas. Large floor-to-ceiling windows open to an outdoor porch area. 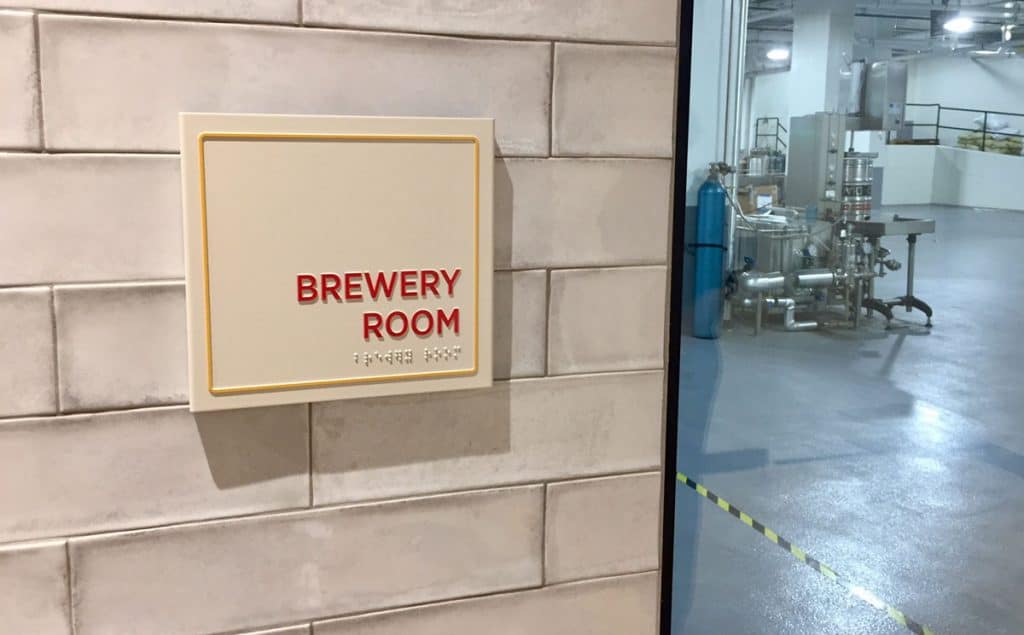 A central open staircase leads downstairs to the open-view brewery, as well as a number of large displays that feature the history of Guinness and demonstrations of the brewing process.

Upstairs is the restaurant space, which will be open by mid-fall. There’s also a handsome private party room, complete with its own set of taps. 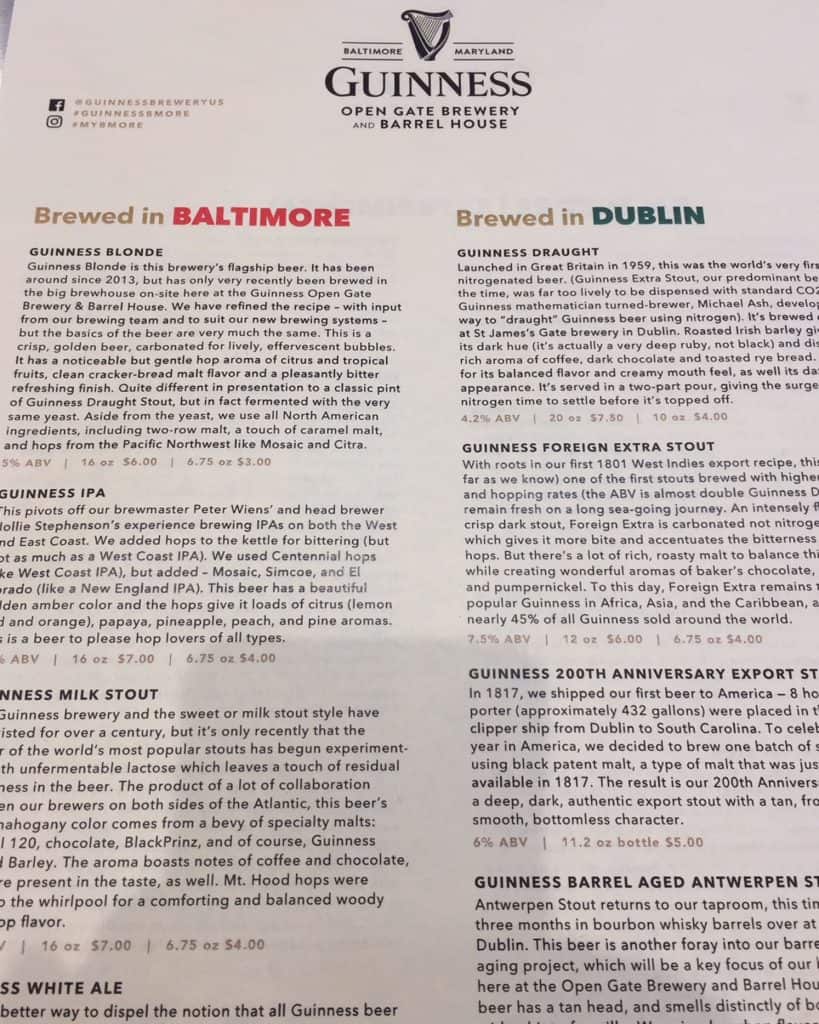 Classic Guinness is still brewed only at the home brewery back in Dublin, but the Baltimore operation brews a multitude of Guinness varieties. 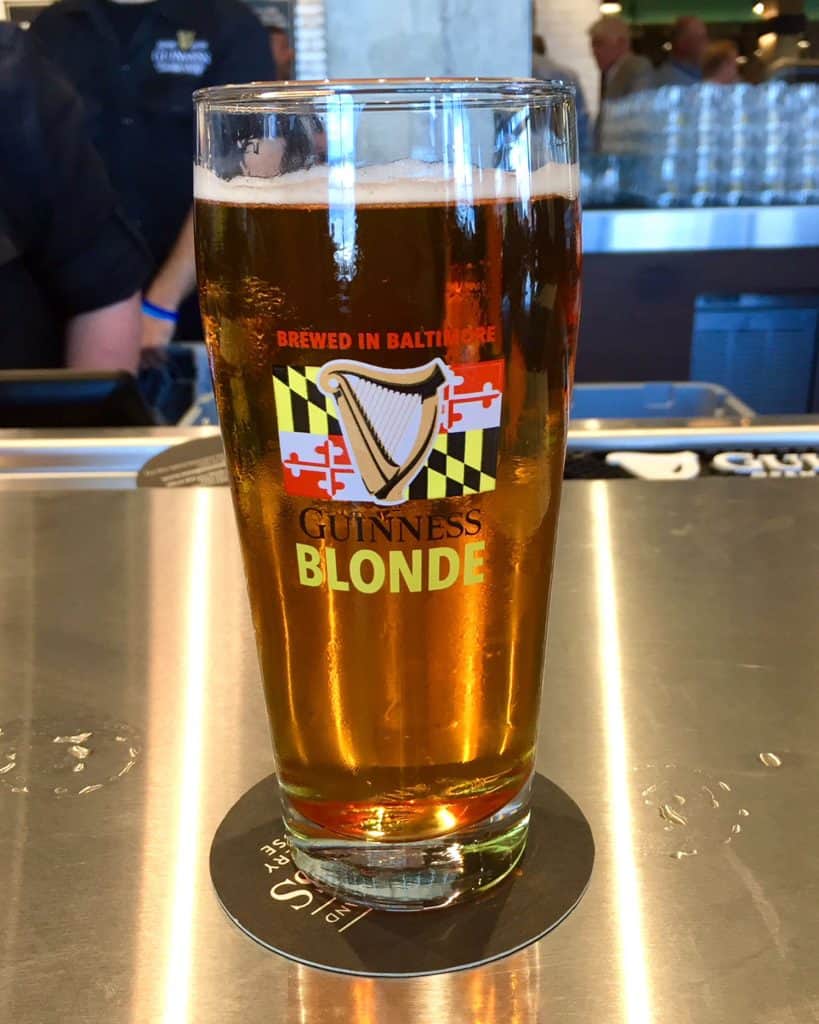 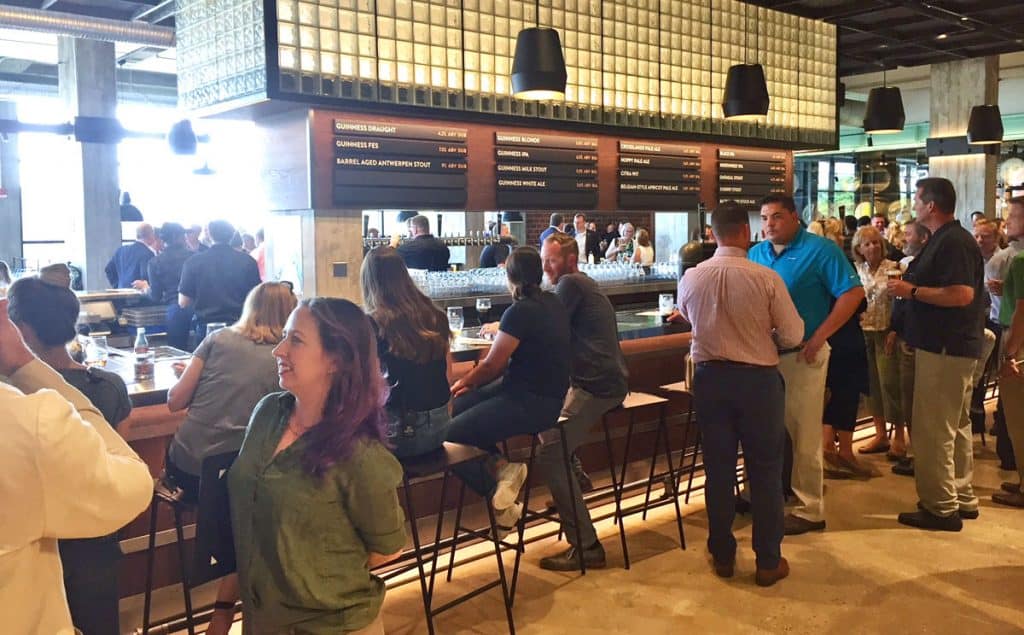 Interest is high in this new operation, as evidenced by the crowds it’s been drawing. 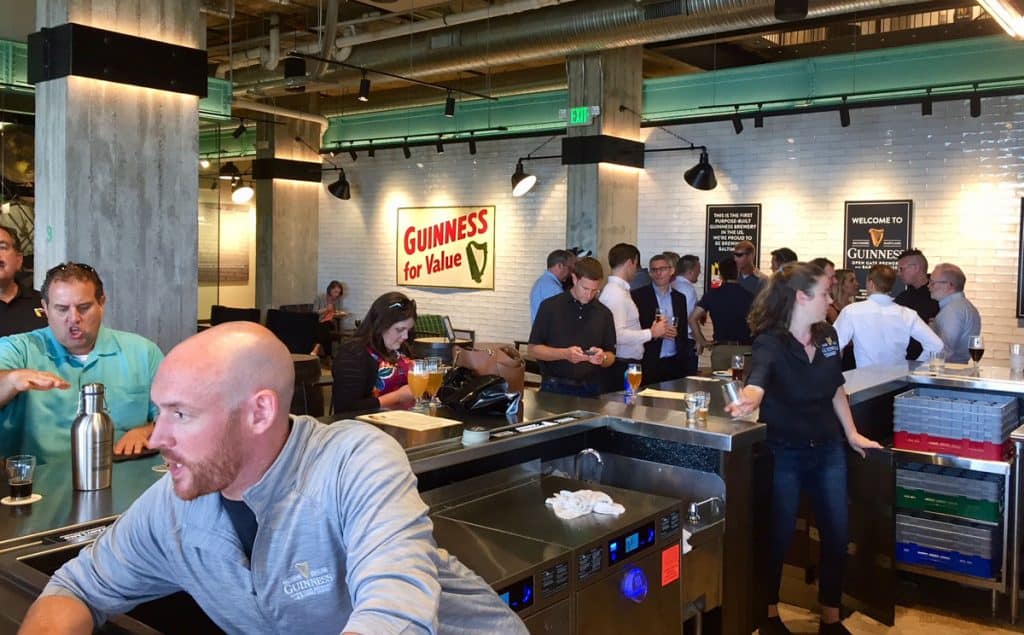 In this age of interest in breweries, having an operation of this scale and quality is a stroke of luck indeed. {Guinness Open Gate Brewery & Barrel House, 5001 Washington Blvd, Halethorpe }