Fall often is thought of as nature’s denouement as it moves slowly towards winter. But for me, it is – in fact – my new beginning…as it is for local fashion fans.

My mental calendar is locked to coincide with the new school semester. New beginnings. Energies are reignited from summer’s lethargies. Succulent Honey Crisp apples – tart and sweet – seem to meme the crispness in the air. And pumpkins are everywhere. Time to put away the Orioles jerseys (repressing our sad season) and dust off those Raven’s sweats (hoping for happier results). The crash-and-dash films of summer have ended and more serious films emerge. Museums host new events.  Quirky taxidermy at the Walters, and several events at the BMA seemed to stoke our Baltimore fashionistas. While on the streets, flip flops were banished for boots and stilettos, ornamental ear embellishments sparked trending ear statements, and the fall hues of orange, gold and beige and browns appeared to reflect in much of street fashion. However, a fairly warm Indian summer provoked some summer-to-fall crossovers. Bright yellow jump suits and earthy toned overalls were made modern by midriff baring crop tops.   And because it was 89 degrees on the last day of September, a stunning pair of black hot pants with some red-hot bootie stilettos grabbed everyone’s attention. Hello, fashion forward Baltimore! As I sipped my pumpkin latte in the morning, nibbled at a pumpkin muffin at noon and nursed a ginger pumpkin martini at 5, I marveled at the fall fashion parade that is our Baltimore. 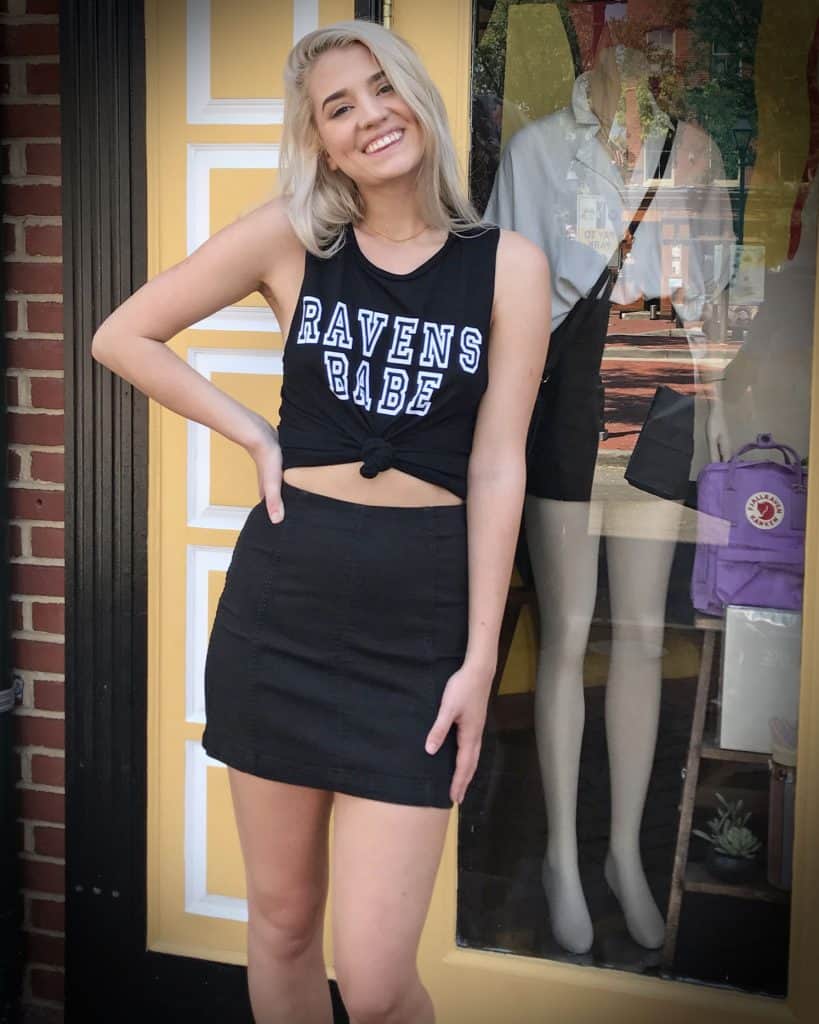 Pack away summer’s woes from the O’s & say hello to HOPE for Raven’s Madness
(Seen on Broadway, Fell’s Point) 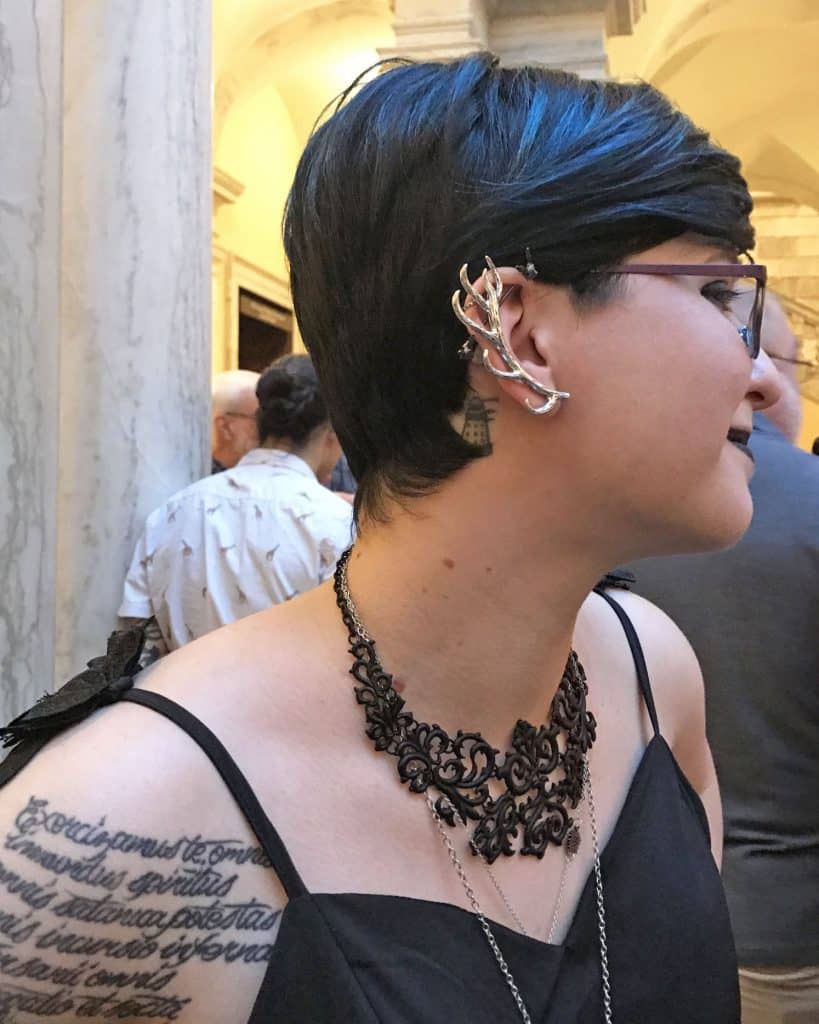 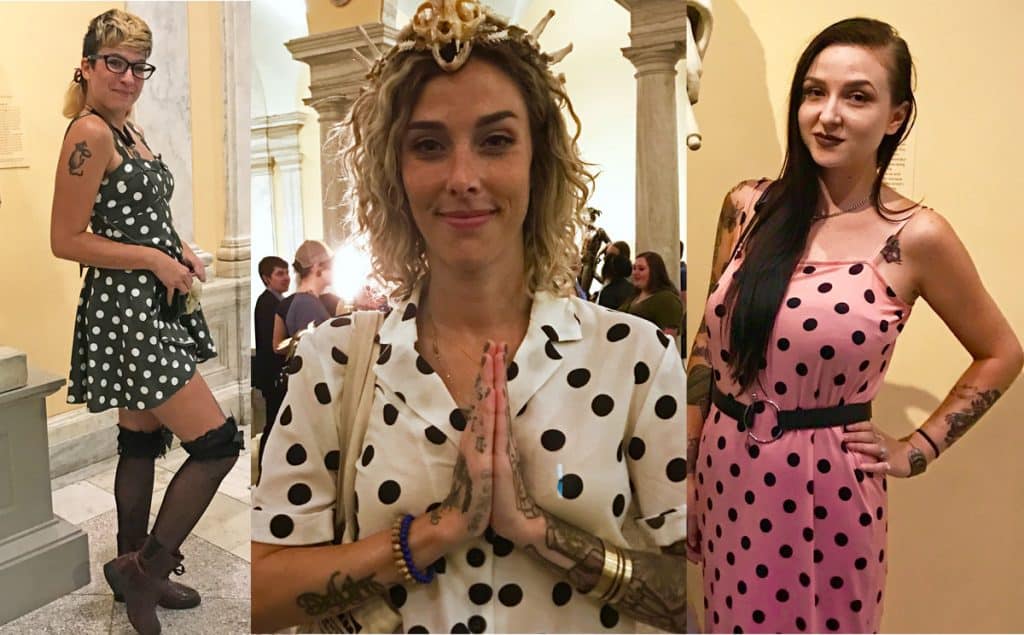 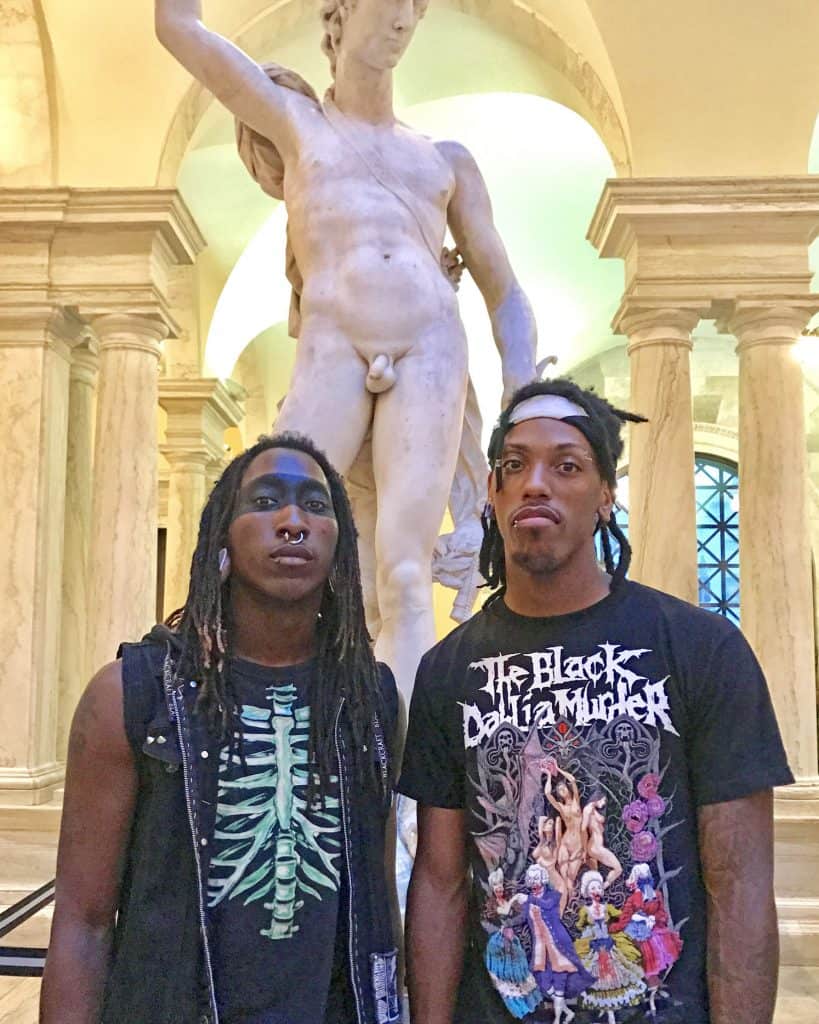 Apollo fades into the background, compared to these two gods!
(Seen at the Walters Art Museum) 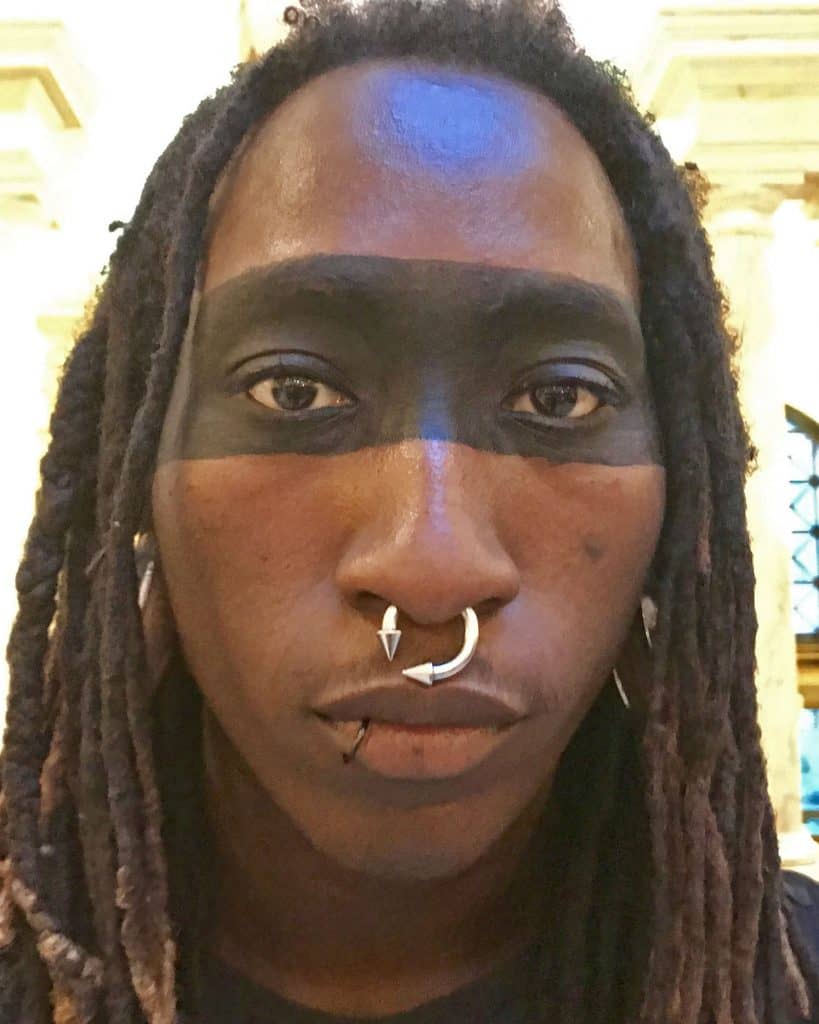 Eyes Wide Shut. Not.
(Seen at The Walters Art Museum) 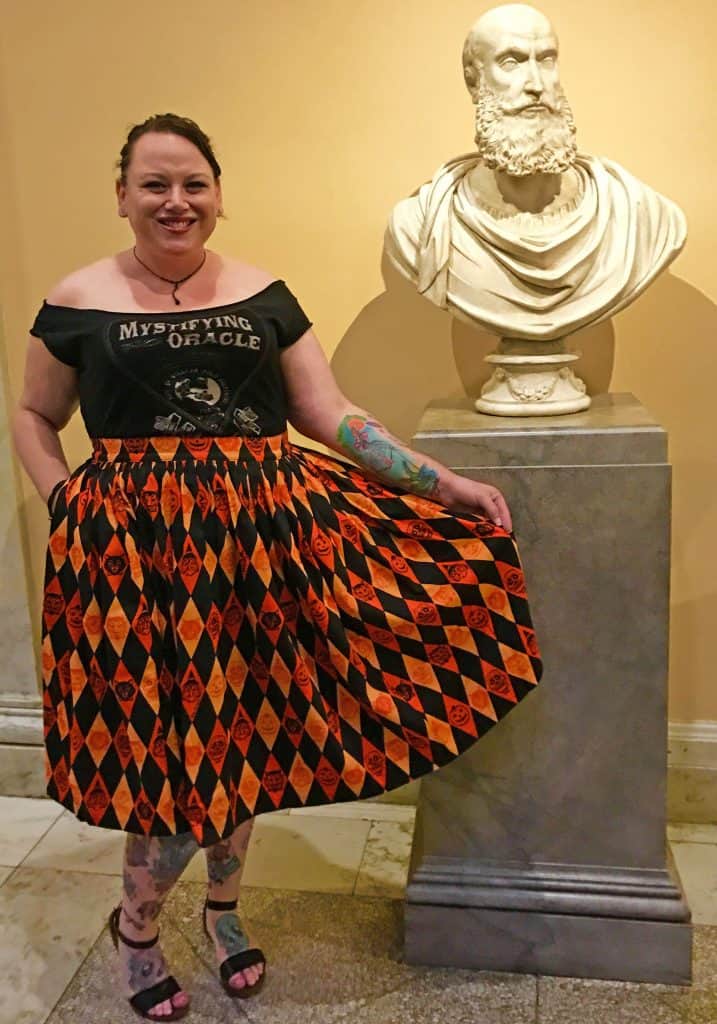 Flirty, skirty! (and we could swear we saw a wink from a certain stone-faced admirer)
(Seen at The Walters Art Museum) 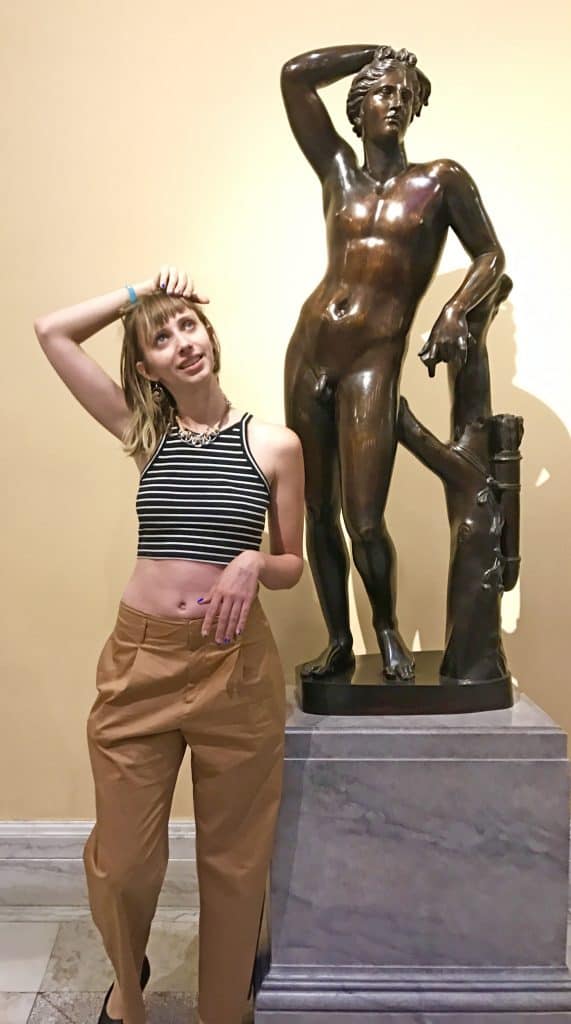 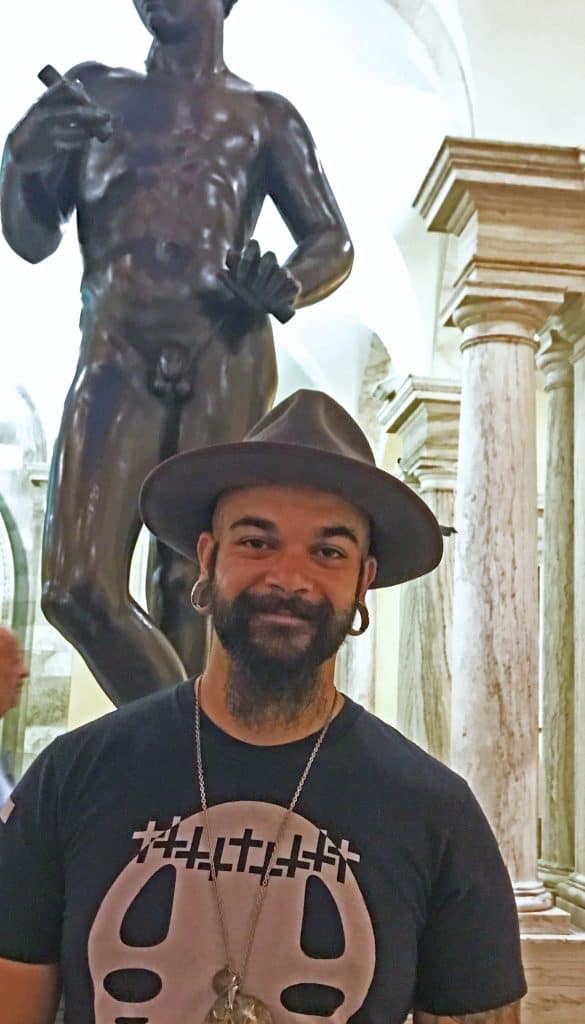 Hats. Off.
(Seen at The Walters Art Museum) 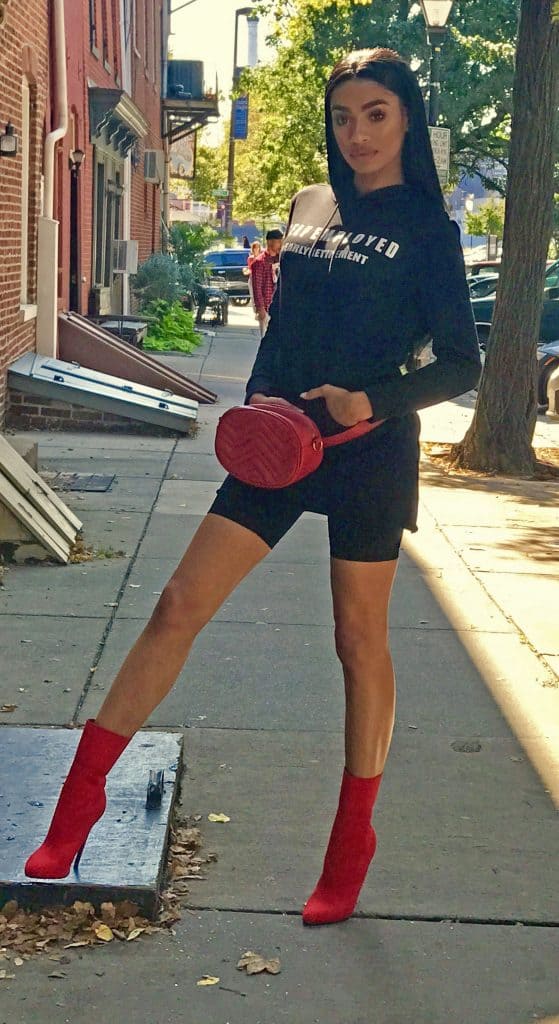 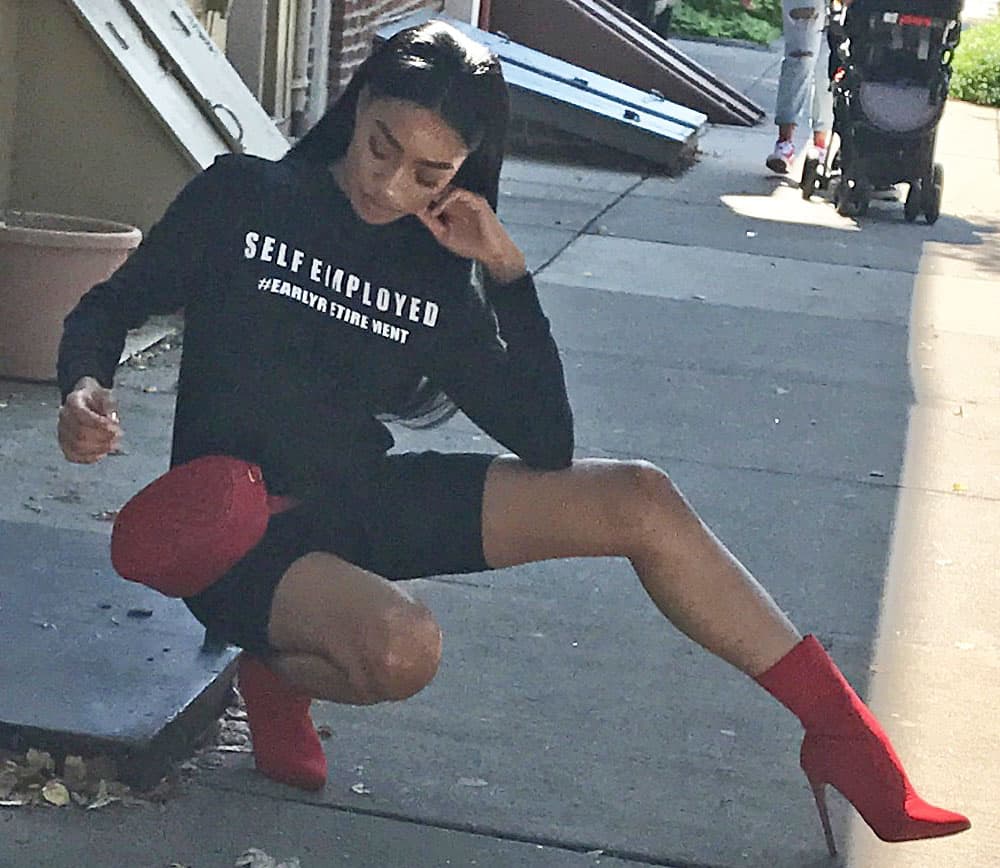 …at the red stilettos!
(Seen on Bond Street) 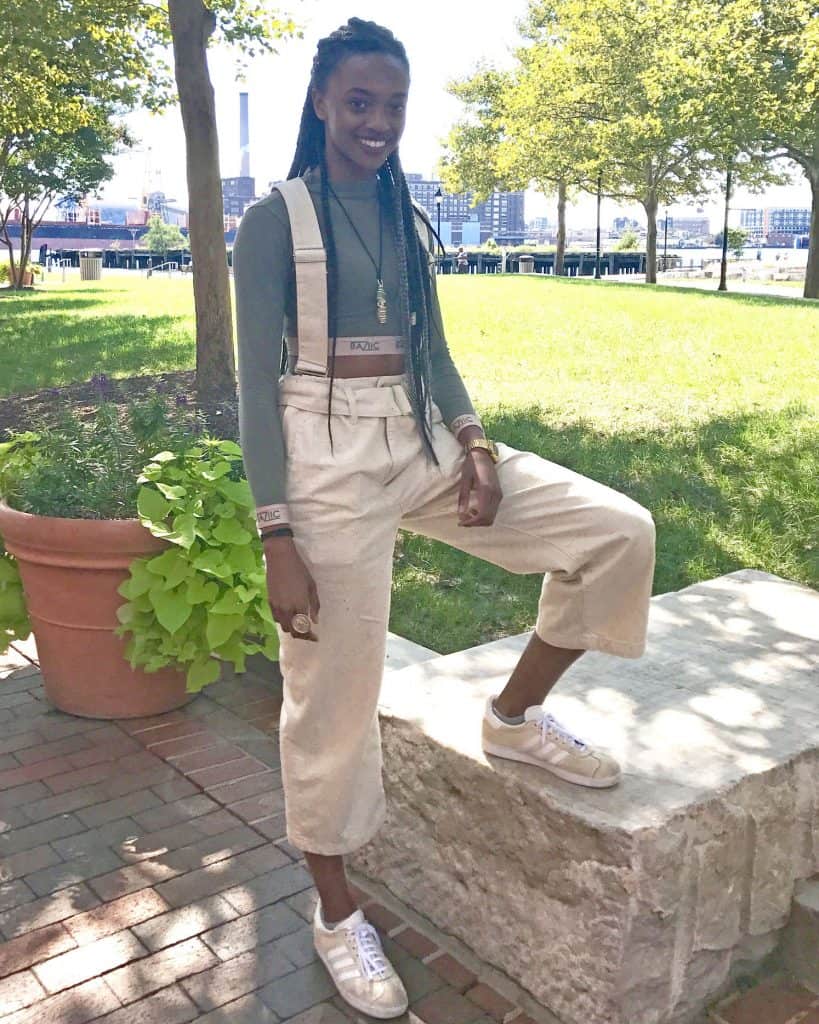 And that’s how we roll in Baltimore, folks!